We all know — and repeat — the old saying, “So many books, so little time.” And it’s never been more true than now, when more good books are being published than ever. It’s an embarrassment of riches. One of the unintended consequences of such a wealth of choices is that deserving books are often overlooked. Some receive passing attention, often below the typical reader’s radar, while others are inexplicably ignored by the publishing industry, press, and booksellers, keeping them a complete mystery to potential readers. Here are a handful of recently published novels and short story collections that deserve your time and attention.

Order books through my affiliate link on Bookshop.org to support indie bookstores and this blog.
https://bookshop.org/shop/openbook 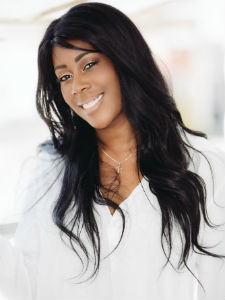 Oprah may have made Colson Whitehead’s novel about slavery, The Underground Railroad, into the summer’s literary juggernaut by choosing it for her book club, but Natashia Deon’s Grace is equally deserving of attention for its unblinking look at the consequences of slavery on women, both the mother-and-child relationship and their freedom to love whom they choose.

Starting in Alabama in the 1840’s, Grace tells the story of fifteen-year-old Naomi, a runaway slave who finds sanctuary in a Georgia brothel run by a free-minded madam named Cynthia. There Naomi falls in love with a white client and has his child, whom she names Josey. From this point, Grace becomes the story of Josey as narrated by Naomi. Half-white, visibly different from the other slaves, she is raised by a freed slave named Charles. When the Emancipation Proclamation is issued, Josey is free, but her fight for dignity is just beginning. Laws don’t automatically change the hearts and minds of the people, and Josey is forced to make her way through a violent, post-Civil War world.

Grace depicts, in often brutal fashion, the cost of stealing someone’s dignity, their unique humanity. Naomi’s narrative voice is authentic and vivid in its unflinching telling of this difficult, but necessary and totally unforgettable, story. Deon has made a powerful statement in her debut novel.

What Lies Between Us

What Lies Between Us is one of the most powerful novels I’ve read this year. It is a heart-shredding story told by the protagonist from prison as she looks back at her life. Ganga is a young girl in Sri Lanka whose quiet life is upended by a shocking violation involving a family friend. Eventually, she and her mother emigrate to the U.S., where Ganga struggles to leave her past behind and reinvent herself as an American teenager. She is torn between two cultures and between the past and present, but she is fiercely determined to move ahead.

Munaweera’s depiction of the complex challenges of the immigrant experience is as good as any I’ve read, and her writing is controlled and lyrical. When Ganga, working as a nurse, falls in love with an American man, her future finally comes into focus. And that’s when her past returns to change everything. The last section of What Lies Between Us is a psychological thriller, and the ending is a literal jaw-dropper. 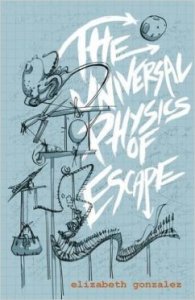 The Universal Physics of Escape: Stories

I read a lot of short story collections and Gonzalez’s debut made a big impression with its wide-ranging intelligence and crisp writing. The winner of the 2015 Press 53 Award for Short Fiction, The Universal Physics of Escape essays a diverse cast of characters trying to find their way out of one circumstance or another, to figure out what is next and how to get there. Gonzalez moves across subjects, settings, and conflicts, but the unifying thread is her compassionate insight into her characters’ lives. The other thing that impressed me was the quality of her writing, with its masterful prose, realistic dialogue, and confident display of varied narrative voices. Every story pulled me in and held me fast, intrigued by the often odd settings and plots. While the conclusions of some stories were unsettling or unclear, they left me pondering the people and problems she presents.

Although this is a uniformly strong collection, a few stories stood out. The opening “Shakedown” concerns an old railroad man who runs a small hydraulics shop but is otherwise at loose ends in the modern world. He is reconnected to his past and able to make a sort of peace with his life when an old steam engine train, restored to run again after many decades, passes through his rural Pennsylvania town.

In “The Reclamation Specialist” the title character, Henry Gray, works for the Pennsylvania Coal Commission trying to restore abandoned mining sites to their original condition. A coal fire has been raging beneath the tiny town of Centralia and Henry has been trying to convince the last fourteen residents to relocate. If he can persuade Mayor Charlie Tenpenny, an old coal miner, to leave, he believes the others will follow his example. And in “Half Beat,” a woman recalls her childhood piano lessons with her elderly teacher, during which she was more interested in getting her to tell the story of how her heart was broken many years before. 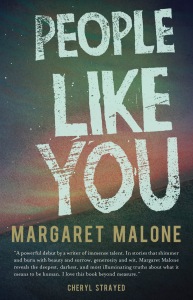 Malone’s debut is a collection of spare and dryly humorous character studies written with unflinching honesty. These are characters we know from the “awkward moment” comedy of shows like “The Office” and “Parks and Recreation,” people who through their own fecklessness or emotional confusion just can’t seem to get things right or catch a break. They are often their own worst enemy. In many cases, they are us: imperfect, perplexed, stymied in every direction.

Three stories anchor the collection. In the opening title story, married couple Bert and Cheryl attend a surprise party neither is particularly excited about and, thanks to inaccurate directions on the invitation, get lost on the way there. Unfortunately, they arrive in time and the party is one awkward moment after another, as is their relationship. Half a dozen stories later, they return in “I’m Your Man,” in which they visit a fertility specialist to determine whether Bert might be the cause of their inability to conceive. They don’t get the answers they need. Finally, the somewhat unhappy, less-than-loving couple face a miscarriage in the closing “Welcome to Samsara” but ultimately reach a place of tenuous balance.

I particularly enjoyed “The Only One,” which is narrated by an adorably earnest and confused middle school girl. Sylvie struggles to make sense of boys, school drama, her piano lessons, her parents’ recent divorce, and her unsettling thoughts and fantasies. “Kissing was on the way to sex and I knew that I wanted to know what sex was but I also knew I wasn’t supposed to have sex because having sex would mean I was a slut and if I was a slut everyone would want to have sex with me, and then I’d be stuck having sex with everybody all the time, which sounds exhausting. I don’t know when I’d have time to practice the piano.”

Malone’s writing is so natural and seemingly effortless that the stories fly by. It’s no surprise that People Like You was a finalist for the 2016 PEN/Hemingway Award for Debut Fiction (won by Ottessa Moshfegh’s Eileen). 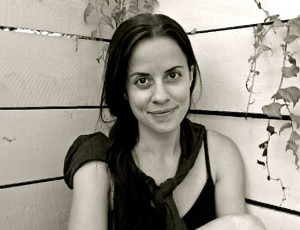 Nadzam won the Center for Fiction’s First Novel Prize for her debut, Lamb, which was also longlisted for the Baileys Women’s Fiction Prize. So there was a feeling of anticipation when her follow-up, Lions, was published in July. Like Lamb, her new novel takes place in the isolated setting of the Colorado plains, in this case the dying town of Lions, and it is the story of both the town and its handful of hardy residents.

John Walker runs the town’s welding shop, as did his father and grandfather, and he expects his son Gordon to do the same. But Gordon’s girlfriend, Leigh, desperately wants to leave for college and the outside world, and Gordon is torn between loyalty to his family and his attachment to the land on one hand and his devotion to Leigh and the sense that Lions has lost its pride. When an old drifter passes through, John, who is famous for his unassuming open-heartedness and generosity, treats him like an old friend and sends him on his way well-fed and newly-clothed. But shortly thereafter Walker dies of a heart attack, forcing the hand of Gordon and others whose lives were profoundly influenced by him in ways the story slowly reveals.

Nadzam’s writing is prose-poetry at its best, gorgeously evocative of the open spaces, harsh weather, and ragged charm of Lions and its surroundings. Lions is a haunting and hypnotic story of people lost in transition.