Guest Blogger Robin Black: On Learning To Spell Women’s Names While Men Buy My New Book For Their Wives

Robin Black is the author of Life Drawing (Random House, 2014), a compelling study of betrayal and penance in a marriage between a writer and a painter, and If I Loved You, I Would Tell You This, a short story collection published in 2010. [You can read my review of Life Drawing here.] Both books received critical acclaim in the U.S., Canada, Australia, and the UK. Her work has been noticed four times for Special Mention by the Pushcart Prizes and also deemed Notable in The Best American Essays, 2008, The Best Nonrequired Reading, 2009 and Best American Short Stories, 2010.  She holds degrees from Sarah Lawrence College and the Warren Wilson MFA Program for Writers. Here, Black addresses the vexing matter of men who won’t read fiction written by women. 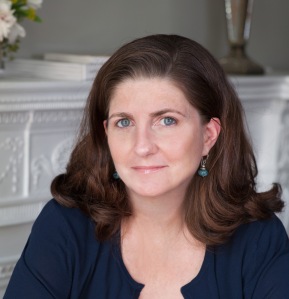 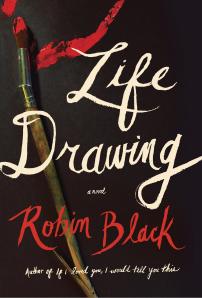 I was at a party earlier this summer, a celebration of my novel, thrown by old friends, and filled with couples around my age, middle-aged men and women. My host had asked me to read a bit from the book, which I did, and I answered some questions about my process, about the publishing world; and then I stepped out of the spotlight so that something closer to a normal party might begin. A normal party that included one guest selling and signing books, that is.

Those interactions, while also wonderful, are inherently a little socially awkward, so I expected to feel both fortunate and a bit sheepish, which I did. But this time I also felt a different, distinctive discomfort settling in as more than one man approached me, book in hand, and told me he wanted to buy it  – as a present for his wife. You can make it out to. . . Carol. . . Jane. . . Kathy. . .

I began to feel grumpy. I don’t believe it showed, but I was starting to feel unmistakably irked at the unspoken assumption that I had written a book for women. Only women. That a man who bought a copy for himself might as well also buy a pair of heels and some jewelry to accessorize the purchase.

To be clear, I wasn’t ticked off at these individual men. They were – to a man, so to speak – warm and encouraging, said kind things about the work I’d read aloud, and expressed interest in the whole process of how a book comes into the world. My friends are lovely people, and they had gathered lovely friends of their own. But . . . One particularly engaging man told me he belonged to a book group. A men’s book group. “You should suggest this to them,” I said, poking a bit, consciously making mischief.

At least he was forthcoming. “It’s really tough to get them to read books written by women,” he said. “It’s viewed as. . . “ He shook his head and shrugged.

I recognize that I am writing for a blog that owes its very existence to this problem, that I’m not exactly introducing an unfamiliar phenomenon here. But something about this experience, the line of actual, living, breathing men armed with spellings of women’s names, made the imbalance feel true and – excuse me – just so fucking weird, in a way that no statistics, no documented trends ever have.

Part of why it’s weird is because it never occurs to me when I write that I am writing for one sex almost exclusively, which it turns out I am. To me, I am just a person, writing a novel for other people to read. As a writer, I am obsessed with the simple, central question of why people do what they do. Is that a particularly feminine  preoccupation? I hope not. I hope it’s something we’re all thinking about, a lot.

“Men love this book,” I finally said to one fellow guest, thinking of the men who have, many of them friends and family, their ages ranging from 23 to 81. “You might be surprised.”

All righty, then. I guess I’m not going to change the world at a book party.

“And how is Carol spelled? Is there an e?”

I’m not angry at any individual. I’m not a bit sure I’m angry at all, though the word is, of course, inevitably, tiresomely melded to all observations that might be termed “feminist” – and so I feel some obligation to contend with the presumption. In truth, a bit weary, on this day anyway, I feel more frustrated than angry; and as for the frustration, it’s certainly not lastingly directed at the men who bought my book, much less the friends who so generously celebrated it. My primary emotion about that evening is one of gratitude.

The frustration itself is familiar, like some kind of natural element, innate to existence by now. It disperses into the air we all breathe and refills my lungs; strolls with me down sidewalks; prickles, uncomfortable, as I watch stereotypes play out on my TV. This a Big Social Problem, and so society, culture, history must all shoulder the blame – though of course, as always, it falls on individuals to fix what entire civilizations have broken. It isn’t ever acceptable to let the weariness win out.

Or, it turns out, to forget to be angry. Or to disown the emotion because others have used its name as a weapon against women. . . Shame on me for that. Anger it is.

And so the analysis begins, anew: Why don’t men read books by woman?

Friends and I have puzzled over that one endlessly. Is it the fear of being seen holding a pink cover, a logical if unfortunate response to an unabashedly gender-coded message that literary marketing has sent? Is it the outgrowth of a process that begins with people telling newborn girls how sweet and pretty they are, encouraging them as they grow, to be nice and worry about relationships, while telling boys how big and strong they are, encouraging them to be tough and smart? Does that well-documented distinction make reading what women write – always presumptively about domestic relationships – seem a feminine activity? (While not making reading male-authored fiction about domestic relationships problematic – as if those books have some kind of blue-for-boys won’t-lessen–your-manhood stamp of approval on them.) Is this just another corner of the world in which those who are taught to view women as equated with emotions, and emotions as equated with weakness (and therefore, by the transitive property. . .) reward the lifelong brainwashing inflicted on them by acting accordingly?

Or, to put it another way, do girl books have girl cooties? Is it really that much a legacy of the schoolyard? Of the nursery?

Probably. That’s all doubtless part of it. But, having gone through what felt like a strangely ritualistic enactment of a statistic I haven’t wanted to believe, I am filled more with questions about the larger implications of men not reading fiction by women than about the causes. If you think that because I’m female what I have to say in my novel won’t interest you, what about the things I say when I am talking to you about the research project in which we’re both engaged? About the funding needed for the public school system? How about when I am arguing a case in court? Filing an insurance claim?

Just as the fact that men skip over female fiction authors has never felt as real to me as it now does, the possibilities of what that fact might mean have never seemed as serious. And to the extent that I am limiting my exploration here to “men” and “women” as if our genders divide anything like so clearly, let me just say, I have no doubt that these issues are all the more complex and disheartening for those whose gender does not fit mainstream definition.

But back to the mainstream for a moment, back to traditional gender presumptions, which are almost certainly at the root of all this. The book that I wrote has been described in reviews as tense, taut, and brutal. I’m not suggesting that had it been called tender, sweet, and heart-warming, men would be right not to read it. But I must say that when you write a book so commonly described with adjectives that are viewed in this (dysfunctional, sexist) society as “male,” and men still aren’t interested in reading it because the author is female, it’s . . . it’s depressing. That’s the word. Depressing.

To me, anyway. I am bummed out about this, since that session of learning how to spell yet another set of women’s names. Not because I don’t value my female readers nor because of the impact on my career or sales numbers, but because of the questions to which this imbalance inevitably leads, because of my hunch that this book-avoiding nonsense is only a relatively innocuous hint at something much more important, something both endemic and profoundly ugly, something that has precious little to do with literary taste.