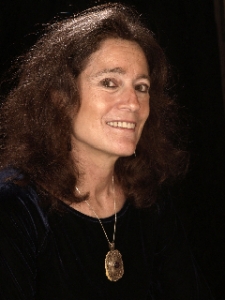 It’s no secret that the publishing world is so crowded with books that outstanding, even important, books sometimes get lost in that crowd. Leora Skolkin-Smith’s Hystera is one of those books. It is a short but powerful depiction of a young woman’s emotional breakdown following the accidental death of her father, for which she blames herself. Hystera follows Lilly’s journey through madness, from her initial examination at the hospital to her stay in a New York City psychiatric hospital to her eventual discharge. How she got there, literally and figuratively, is revealed through Skolkin-Smith’s effective use of flashbacks.

We learn that Lilly is a student at Sarah Lawrence College trying to make her way toward emotional independence from her domineering and very complex mother, Helen, who, it soon becomes clear, has her own burdens. Helen was raised in Old Jerusalem and educated in London, eventually immigrating to the United States, where she married Lilly’s father, David Weill, an entertainment lawyer in New York City. Helen is a master bookbinder who works in the basement of their suburban home repairing old books sent from Israel. In flashbacks, the younger Lilly is fascinated by her mother’s work and some books on alchemy, but their relationship is fraught. Her mother alternately tyrannizes her with unpredictable rages and smothers her with desperate neediness. Her father is intelligent but generally neglectful.

When the break occurs, Lilly’s roommate, Jane, takes her to the emergency room. Lilly experiences a fever dream of guilt, visions, alchemy, and sexual confusion. She is obsessed with a bulb that appears to be growing in her uterus. (An epigraph at the start of the book explains that “hystera” is from the Greek root “hysteria,” meaning “the wandering uterus.” Hippocrates viewed the womb as an independent creature that could wander throughout the body if a woman engaged in unnatural behavior.) She struggles to keep the bulb’s existence secret from her doctor and the staff of the hospital, which only serves to increase her emotional disturbance. She knows the image of the bulb between her legs comes from an alchemy book, which she searches for during a secret overnight stay in the Sarah Lawrence Library.

“The bulb between a naked woman’s legs was in one of the illustrations made by Maria the Jewess from Babylon in the second century. Finding it, Lilly felt her body lighten as if she had crossed through the barrier of her shame. There were other women like this, she thought. Like her.” (p. 52) One of the books describes the bulb as “a consolidated nucleus of the personality, which can appear to the alchemist as symbols….”

Hystera captures Lilly’s state of mind brilliantly, as she struggles with challenges and threats both internal and external. Listening to the rain outside her hospital room, “Lilly was suddenly floating in a dissolution of space, a gust of thrill, foreign and exciting. She felt the pull of her own madness, the bulb, the confusing currents washing alternately through her and her fantasy world, like running water, merging the real world and this other realm that she needed time to comprehend.” (p. 61)

Skolkin-Smith’s powerful prose-poetry is ideally suited to describe the psychiatric ward. “Now Lilly felt alert. The medicine of hours ago had almost finished its watch over her impulses and quelled her. She moved hesitantly amid the hive of new faces and bodies. As in an airport where a flight was interminably delayed, all the patients looked stranded and anxious in the surroundings of ashtrays, magazine racks, and game tables.” (pp. 57-58)

Lilly vacillates between feeling safe in the ward and wanting to have herself released. “She wanted to stay here in the hospital, where people couldn’t swallow her, she thought, or ignite her into flames and ash. She just wanted to be able to write in her notebook again, to feel the lightness she used to feel when she packed the outside world up and put it away somewhere so it couldn’t hurt her anymore.” (p. 67)

Lilly makes some progress, realizing at one point that “[I]t would destroy the bulb if she went back to Helen and her father. The bulb would be obliterated, and then she would have to kill herself. Going home scared her more than staying in the hospital. Lilly retracted her sign-out letter early the next morning.” (p. 102)

This is as good a description of mental illness as I have encountered in a novel. Skolkin-Smith’s penetrating insight into mental illness and emotional breakdowns is so accurate, it appears to have been gained through either the crucible of psychiatric work or personal experience as a patient.

Skolkin-Smith clearly empathizes with those who experience mental illness. A fellow patient tells Lilly, “I feel for all the people who are told they are crazy. They’re being told by the people that are supposed to love them that there is something wrong with them, that they are incomplete or flawed somehow. I want to take them in my arms and hug them long and deep and tell them that there is nothing wrong with them. Whatever you are it’s okay. It’s okay with me. I don’t want there to be anyone out there who doesn’t have someone who says, ‘I love you for who you are. I see you. So please have a good night, my kitten.’ I want a good night for all my pets.” (p. 122)

As Lilly slowly improves (no plot revelations here!), she begins to wonder about whether she will be able to return to her life. “Lilly wondered what it would feel like to walk in their apartment now, how it would feel. She wondered if it could ever be the same, if she could fit back in anywhere, even with Jane. Outside the hospital room’s window, the city seemed like a hazy country floating in some intangible interval between then and now.” (p. 133)

With medication, therapy, and insights gained both inside and outside her “madness,” Lilly finds her way back to herself. Without tying up every loose end too neatly, the ending will provide sufficient “closure” for most readers. But Hystera is truly about the journey — the illness and its causes — not the destination (some form of mental health).

Hystera is a must-read in this time in which mental illness is shaking off its stigma more successfully than ever. Hystera offers readers profound insight into the patient experience and a uniquely moving reading experience.