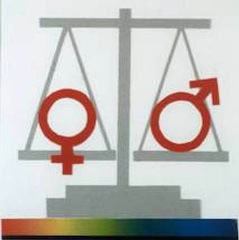 In a thorough piece, The Nation’s Miriam Markowitz reports on the recent “controversy” (which may be ever so slightly too strong a word) about gender bias in publishing. In particular, Markowitz discusses the crucial role played by VIDA: Women in Literary Arts, a non-profit organization that targets this problem as part of its mission to promote writing by women. VIDA tracks the key publications, both for writers’ work and reviews of same, and crunches the numbers to see how many bylines are male and female, as well as how many books by women are reviewed.

In a key paragraph, Markowitz notes, “The numbers revealed by the Count are not encouraging. Many more male bylines appear in these publications, both for reviews and articles, than bylines by women; leading magazines go weeks or months with just a woman or two in the table of contents. Although VIDA does not count women (or people) of color separately, there is no doubt that those numbers are even more dispiriting.”

According to Markowitz, “There are two separate economies in book publishing: the material economy, and the economy of prestige.” She then posits that writers’ work is “traded in three currencies,” money, status, and what she describes as the actual life of a book, its impact once it reaches readers. She uses the example of Sheri Holman and her novel The Dress Lodger to examine the power of “feminine” cover art that sells more copies even if it is somewhat misleading as to the contents (Holman’s novel was more “literary” than the “historical fiction” cover led many readers to believe).

Markowitz goes on to examine other aspects of the issue (including commentaries about the state of publishing by Jonathan Franzen and David Gilmour that blew up in their faces) before stating her conclusion, which is more measured than that of VIDA and others, who see intentional gender bias as the main reason for the uneven numbers.

The article is long but worth reading. You can find it, including Markowitz’s conclusions (I have to give you some reason to click the link), here:

You can learn more about VIDA here: