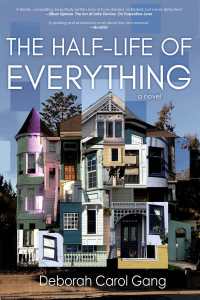 When I was in college in the early 70’s, there were no creative writing classes, and if there were any graduate programs in writing waiting for us, we didn’t know it. We read other people’s work and then we wrote about it. European literature, Early American, Black American. One memorable assignment was Clarissa, the History of a Young Lady, Samuel Richardson’s 1748 novel and one of the longest in the English language. The professor expected us to read it in the shortest imaginable time frame–-so short it felt more like hazing than an assignment.

I don’t remember having any ambition to write or anyone encouraging such a thing. The teachers were more concerned with our ability to read difficult texts, understand them, and talk about and analyze them. I don’t regret that part. Even if encouraged, I doubt I would have pursued something as uncertain and financially undependable as writing, though it turns out that plenty of my generation did. Still, I loved words and my secret ambition was advertising. As a kid, I’d rework bad print ads. But this wasn’t a time to consider advertising. I doubt there was even a class offered in anything to do with that field. This was the counterculture, the anti-consumerist, the drop-out generation. Staying in college for four years was unfashionable, and many of my friends left for exotic travel. Well, not the boys. They needed to stay in college or fight a war.

Mostly, we studied psychology, and luckily this proved to be both interesting and of more use to society than snazzy ads. I worked for 30 years as a therapist: first in substance abuse treatment, then with people with severe mental illness, and then for 20 years in a general private practice. I wrote some short stories when my boys were young, but then stepped back until I left private practice. Well, actually what happened was that one day my husband came home and said, “I think we could get by on just my income and you could leave the practice. And do whatever.” By which I knew he meant write.

Coming to writing so late in life does raise the question of what would be different if I’d started in my twenties. I’ve decided to spend as little time as possible thinking about that because it means wishing away the career I had and the people I helped. Last year I learned of one advantage to being a late-career writer: most likely you don’t have to experience your parents reading the sex scenes in your story–-a very good freedom. I kind of wish my parents had been around to see me publish a novel–-and yet I kind of don’t. 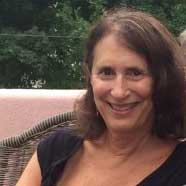 Because I had so much training in pharmaceuticals and mental illness, it was natural for me to research Alzheimer’s for my novel, The Half-Life of Everything. Even though my story was based on the what if of a breakthrough treatment, I wanted both the related science and the essence of losing someone to the illness to be right. My son works with researchers at a major university and reported back that his colleagues said I did a good job on the science––praise that I treasure.

People who know I was a therapist are curious about how that experience and knowledge inform my writing. In my novel, the wife Kate, one of three main characters, maintains that people are bad at predicting how they’ll react to a significant event in their personal lives. This is direct knowledge from hearing more than one person in counseling say, I was positive that I’d never have an affair. But I did. Or, I thought I’d leave at the first sign of infidelity. But I didn’t. Or people incorrectly guess their position on abortion. Another main character is a social worker, and though her work is very different than mine, it wasn’t hard to write a scene in which she counsels a man who thinks his wife’s illness is a punishment for undisclosed things he had done which hurt her. “And how do you help him?” the therapist is asked. “I don’t argue with him. I say, ‘You wish you could go back and change things,’ and he cries. We do that every week. He says it’s the only peace he has.”

Therapists know that bad things happen to good people. While we certainly work with many difficult and poorly functioning people, we also meet lovely people who are struggling with terrible luck. While I can enjoy a book about evil people, my heart belongs more to people that any of us might know–-or be––and how they make their way through bad events. I’ve been the invited author at many book clubs, and people say they chose the book because they could relate to some or all of the characters. This caused them to face interesting questions: What would I do? How would I feel? Could this happen to me?

I don’t plan to write a sequel, but when people ask me to, I understand the compliment–-that the characters mean something to them and are in their heads, and that as readers, they care about what will happen to these people they feel they know. I usually make a dark joke that we all know what the future ultimately brings. I am on to a new story and new characters and whatever troubles they are about to meet.

Originally from Washington, D.C., Deborah Carol Gang moved to Kalamazoo, Michigan to attend grad school and remained there, both for her work as a psychotherapist and the huge freshwater ocean to the west. Her research is published in Education & Treatment of Children, and her creative non-fiction is in Literary Mama, The Driftless Review and Blue Stem Journal. Her poems have been published in Arsenic Lobster, The Michigan Poet, J Journal/CUNY, The Healing Muse/SUNY, and Flagler Review. The Half-Life of Everything (Bancroft Press, 2018) is her first novel.