Elise Blackwell on Writing as an Approach to Life 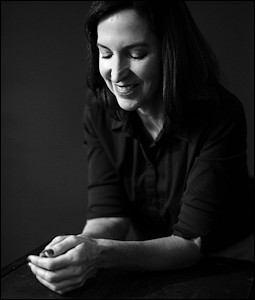 Originally posted on September 6, 2015 but worth a re-read

In his wonderful essay about the temporary loss of his eyesight, Teju Cole wrote, “When we write fiction, we write within what we know. But we also write in the hope that what we have written will somehow outdistance us. We hope, through the spooky art of writing, to trick ourselves into divulging truths that we do not know we know.” We seek to write, as Flannery O’Connor asserted, fiction that cannot be paraphrased. This isn’t something you can accomplish by sitting down x number of hours per day—though sit down those hours you must—unless you have let life run through you, have let life saturate you to your fingertips.

I’m not speaking of Hunter S. Thompson-style experience, and not Jack Kerouac’s. I’m talking about writing as an approach to life, a penchant for observation, a way of collecting and processing evidence about the human condition. Mostly this entails careful watching, by which I also mean listening and smelling and tasting and touching the world.

I’ve learned to hide my staring most of the time. At least I think I have. I’m married to another novelist, and if you saw us dining out, you might suspect that our marriage is an unhappy one because we’d be conversing minimally. The reason we aren’t talking to each other is because we are eavesdropping on the tables behind us. Graham Greene, visiting a hospital, happened to observe a mother at the bedside of her dying son and was horrified to realize he was taking notes. Maybe he washorrified. Maybe he merely thought he should say he was horrified, that he should pretend to have a human conscience as well as a writer’s.

I’m never “looking for material,” but I’m always collecting it. There are two orientations or forces at work: an intense curiosity about people and a mode of thinking—a way of making sense of the world. Some people bring order to the chaos of perception through equations, some through social scientific hypotheses, some through three-act plays or three-movement concertos. I think in novels. My books are where I place the things I observe against each other and find connections and dissonances, where I test notions about how people behave under certain conditions, where I seek to discover—back to Cole—what I do not know I know through narrative.

I’m often asked for writing advice. Sometimes these requests come in the form of insincere emails from strangers who are really asking me to help them get published. And sometimes they are sincere appeals for a kick in the pants from young writers struggling with self-discipline. When I teach, my writing advice often takes the form of craft points tailored to the piece of work at hand. Yet I’ve come to feel that the best writing advice falls more under the category of How to Live. 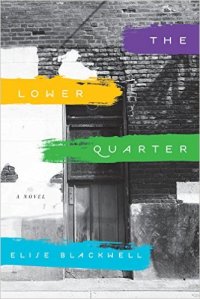 If my Twitter feed is representative, many writers and readers are interested in the habits and routines of artists—which ones kept monk hours and which were night owls, who drank the most coffee and who the most wine, whether those married only to their work had a lifestyle advantage over the householders. Behind this curiosity lies an understanding that writing, while also a craft, is an art and a way of being in the world—and that the art and the living are crucially related.

So my best and truest answer when an aspiring writer asks me “How do you write a novel?” is not about craft and not about work habits in the narrowest sense but rather about how to be in the world. It’s about what you put into yourself well before it’s about what you put onto the page. Am I talking about reading well and eating well and exercising and avoiding garbage websites—the kinds of things that fall under the label of what Dani Shapiro describes beautifully as “taking care of your instrument?” Yes, of course. But you can also treat yourself terribly and write well if you’re willing to settle for a short career and/or an oeuvre with modest ambitions. Mostly I’m talking about gathering. I’ll stick with one day’s example:

A few years ago, I was at a dinner in New Orleans. There were some interesting folks at the dinner, but the conversation was mostly unremarkable, in part because no one at my table really knew each other. Then a young woman who’d quickly downed a couple glasses of the wine starting dropping lines. “The first guy I went to third base with was gay,” she said at one point, and then a bit later, “I lost a hundred pounds last year.” Her desire to punctuate the conversation with a bit of pepper, together with the moment when a wealthy woman got an oyster stuck in her throat and turned (literally) blue before somebody gave her the Heimlich, is what I remember about that dinner.

I’m a little embarrassed—and maybe only a little—that I wasn’t the one who leaped up to help the affluent choker. I was busy taking notes. That oyster scene will almost certainly make its way into a piece of my fiction at some point. It’s unlikely that I will use either of the young woman’s lines—they’re a bit gimmicky and I suspect that, at most, only one of them was true—but I learned something about the dynamics of dialogue that evening. So, apparently, did the writer I was seated next to, who, two nights later, greeted me by saying, “I gave a Dominican hooker my watch last night in exchange for her life story.”

I love Teju Cole’s description of the peculiar alchemy that transforms what writers bring to their work into what the pages become, a process that is not only mysterious but sometimes seems as fantastic as the promise of turning lead to gold. Yet it is crucial that we bring something valuable to the paper or the screen, that “what we know” is a rich and fertile bed. Writers should nourish the parts of themselves that write through challenging reading and thinking, through art and nature, through conversation, and by watching.

Most of the best writers I know—and of course there are exceptions, there are always exceptions—conduct field research when they aren’t sleeping or working. They are collecting lines, gestures, images, ideas, faces, and smells so that when they sit down to write they have the stuff that their spooky art might just transmute into something noble and shining. When a writer is really stuck, I tell her to ride the bus.

Elise Blackwell is the author of five novels: Hunger, The Unnatural History of Cypress Parish, Grub, An Unfinished Score, and The Lower Quarter. Her work has been translated into several languages, and her books have been named to numerous best-of-the-year lists and adapted for the stage. Originally from southern Louisiana, Elise has lived in assorted far-flung places and currently resides in South Carolina with her husband, the novelist David Bajo, and their daughter, Esme. She teaches at the University of South Carolina in Columbia. New Orleans remains her favorite city in the world. Visit her newly redesigned website at http://www.eliseblackwell.com.