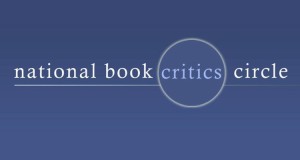 Today the National Book Critics Circle announced its 30 finalists in six categories––autobiography, biography, criticism, fiction, nonfiction, and poetry––for the outstanding books of 2017. The winners of three additional prizes (The Ivan Sandrof Lifetime Achievement Award, The John Leonard Prize, and the Nona Balakian Citation for Excellence in Reviewing) were also announced. The National Book Critics Circle Awards, begun in 1975 and considered among the most prestigious in American letters, are the only prizes bestowed by a jury of working critics and book-review editors.

The awards will be presented on March 15 at the New School in New York City. The ceremony is free and open to the public. A reading by the finalists will take place the evening before the awards, also at the New School.

Carmen Maria Machado’s debut story collection, Her Body and Other Parties (Graywolf), is the recipient of the fourth annual John Leonard Prize, established to recognize outstanding first books in any genre and named in honor of founding NBCC member John Leonard. Finalists for the prize are nominated by more than 700 voting NBCC members nationwide, and the recipient is decided by a volunteer committee of NBCC members.

The recipient of the Ivan Sandrof Lifetime Achievement Award is John McPhee. Born in 1931 in Princeton, New Jersey, John McPhee is a journalist, essayist, author, and longtime journalism professor at Princeton University. He is the author of more than 30 books, beginning with “A Sense of Where You Are,” published in 1965; his most recent book is “Draft No. 4: On the Writing Process.” His lifetime contribution to letters and book culture include his pioneering work in the fields of new journalism and creative nonfiction; his explorations of widely varying topics, including science, sports, and the environment; and his mentorship of countless young writers and journalists. He has previously been honored with the Award in Literature from the American Academy of Arts and Letters, the Wallace Stegner Award, and the Pulitzer Prize.

The recipient of the 2017 Nona Balakian Citation for Excellence in Reviewing is Charles Finch. Charles Finch is the author of the Charles Lenox mysteries, including The Inheritance and A Beautiful Blue Death, which was nominated for an Agatha Award and was named one of Library Journal’s Best Books of 2007. He is a graduate of Yale and Oxford, and lives in Chicago. His first contemporary novel, The Last Enchantments, is also available from St. Martin’s Press. His reviews and essays have appeared in the New York Times, Chicago Tribune, and elsewhere.

This year, for only the third time in the history of the awards, one of the finalists was selected by the NBCC Members’ Choice: Roxane Gay’s Hunger: A Memoir of (My) Body (Harper). The two previous Members’ Choice books were Alison Bechdel’s “Fun Home” and Michael Pollan’s “The Omnivore’s Dilemma.”

Here is the complete list of NBCC Award finalists for the publishing year 2017:

Jack Davis, Gulf: The Making of An American Sea (Liveright/Norton)

Kapka Kassabova, Border: A Journey to the Edge of Europe (Graywolf)

Adam Rutherford, A Brief History of Everyone Who Ever Lived: The Human Story Retold Through Our Genes (The Experiment)

Edmund Gordon, The Invention of Angela Carter: A Biography (Oxford)

Thi Bui, The Best We Could Do: An Illustrated Memoir (Abrams)

Roxane Gay, Hunger: A Memoir of (My) Body (Harper)

Ludmilla Petrushevskaya, The Girl From the Metropol Hotel: Growing Up in Communist Russia (Penguin)

Xiaolu Guo, Nine Continents: A Memoir In and Out of China (Grove)

Valeria Luiselli, Tell Me How It Ends: An Essay in Forty Questions (Coffee House)

Carmen Maria Machado, Her Body and Other Parties (Graywolf)

Winners of the National Book Critics Circle awards will be announced on Thursday, March 15, 2018 at 6:30 p.m. at the New School’s Tishman Auditorium, 66 W. 12th St, New York, NY. A finalists’ reading will be held on March 14 at 6:30 p.m. in the same location. Both events are free and open to the public.

ABOUT THE NATIONAL BOOK CRITICS CIRCLE

The National Book Critics Circle was founded in 1974 at New York’s legendary Algonquin Hotel by a group of the most influential critics of the day, and awarded its first set of honors in 1975. Comprising 1000 working critics and book-review editors throughout the country, including student members and supporting Friends of the NBCC, the organization annually bestows its awards in six categories, honoring the best books published in the past year in the United States. It is considered one of the most prestigious awards in the publishing industry. The finalists for the NBCC awards are nominated, evaluated, and selected by the 24-member board of directors, which consists of editors and critics from the country’s leading print and online publications. For more information about the history and activities of the National Book Critics Circle and to learn how to become a member or supporter, visit http://www.bookcritics.org Follo.w the NBCC on Facebook and on Twitter (@bookcritics).