THE GIRLS mostly lives up to its hype, but in unexpected ways 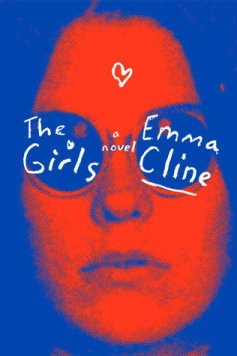 The Girls was one of 2016’s most anticipated novels, and it fulfilled those expectations by becoming a big-time buzz book and a bestseller. Despite hearing that Cline was an outstanding young writer, I avoided her book because I had absolutely no interest in its premise of a 14-year-old girl getting enmeshed in a group of older girls who belonged to a commune that was clearly based on the Manson family.

My interest was eventually piqued by the raves for Cline’s prose-poetry, a style of writing about which I am always curious. And, to my surprise, I liked The Girls a great deal, despite finishing it with reservations about several aspects of the book.

The Girls is in some ways not what it was represented as: it’s a coming-of-age character study set against the socio-cultural turmoil of 1969, rather than a plot-driven, page-turning tale of evil (although it makes an appearance, as expected, late in the story). The first hundred pages are among the most piercingly accurate depictions of yearning, confused adolescence I have ever read, thanks to Cline’s insight and her memorable prose.

Set in Petaluma, a nondescript town an hour north of San Francisco, The Girls introduces us to Evie Boyd through that uniquely intimate relationship one shares with one’s best friend in the fraught years of early adolescence. Evie is disoriented by her parents’ divorce and struggling to find her place in relation to her parents and her few friends in the emotionally overheated transition from junior high to high school. Summer has already become boring, and she and Connie are at odds with each other, in part because Evie has a fierce crush on Connie’s older brother, Peter. Cline perfectly captures the inchoate desire of young girls:

“So much of desire, at that age, was a willful act. Trying so hard to slur the rough, disappointing edges of boys into the shape of someone we could love. We spoke of our desperate need for them with rote and familiar words, like we were reading lines from a play. Later I would see this: how impersonal and grasping our love was, pinging around the universe, hoping for a host to give form to our wishes.”

And a few pages later: “That was our mistake, I think. One of our many mistakes. To believe that boys were acting with a logic that we could someday understand. To believe that their actions had any meaning beyond thoughtless impulse. We were like conspiracy theorists, seeing portent and intention in every detail, wishing desperately that we mattered enough to the object of planning and speculation. But they were just boys. Silly and young and straightforward; they weren’t hiding anything.”

Set adrift after things become too complicated with both Connie and her New Age-y mother, a lonely Evie encounters a trio of feral young women at the local park and becomes smitten with the leader, Suzanne. Before long, she catches a ride with them back to the isolated, run-down ranch where they are living with the darkly charismatic musician-prophet Russell.

The bulk of The Girls concerns Evie’s slow introduction to the life of these wayward girls and their wastrel cult leader, and her dawning awareness that she was both fascinated and frightened by the thought of joining their commune. Events in Evie’s life and that of the girls slowly begin to spin out of control when the family’s wealthy rock star benefactor fails to deliver the long-promised lucrative record deal.

The last third of the book brought to mind the seemingly prescient words of Yeats’s “The Second Coming.”

“Things fall apart; the centre cannot hold;
Mere anarchy is loosed upon the world,
The blood-dimmed tide is loosed, and everywhere
The ceremony of innocence is drowned;
The best lack all conviction, while the worst
Are full of passionate intensity.”

Evie’s lack of conviction saves her from drowning in “the blood-dimmed tide” about to be unleashed. Yet she doesn’t seem significantly altered by her experiences, as one would expect in a coming-of-age novel. Only through the framing device of a middle-aged Evie still unmoored from her own life do we get a partial glimpse of the impact that summer had on her.

The evocative quality of Cline’s writing consistently impressed me, as did her insight into the lost girls so drawn to Russell despite his constant manipulation and evident madness, which they viewed as a form of hypnotic and sensual charisma. When Evie first talks with Russell, she is entranced. But her attraction to him seems little different than her earlier interest in 17-year-old Peter.

“It all started making sense, what Russell was saying, in the drippy way things could make sense. How drugs patchworked simple, banal thoughts into phrases that seemed filled with importance. My glitchy adolescent brain was desperate for causalities, for conspiracies that drenched every word, every gesture, with meaning. I wanted Russell to be a genius.”

And, despite the slow-moving plot, the sense of foreboding one brings to the reading of The Girls is managed to powerful effect by Cline. While not quite a page-turner, the brooding intensity of Cline’s writing turns the screw steadily until it snaps off at the expected climax. The Girls is a haunting depiction of a young girl’s initiation into the incomprehensible contradictions of the adult world.