What happens when you gather seven outstanding women authors to speak and sign their books? Women readers turn out in force to show their support, over 800 of them, in fact. Literary Women began as an informal group of readers in Long Beach in the early 1980s and has expanded over the years to the point where their annual Festival of Authors is now held at the beautiful Long Beach Convention Center. One feature that stood out was the placement of stages with podiums at both ends of the ballroom, ensuring that no one was at the “front” or “back” of the room for the entire day. 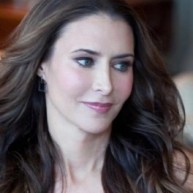 Karen Abbott opened the day with a compelling talk about her latest book, Liar, Temptress, Soldier, Spy (Harper Perennial), which profiles the four women who served as spies during the Civil War (two Union, two Confederate). She proved conclusively that truth is indeed stranger than fiction. As she said after sharing a particularly surprising anecdote about one of the women, “You can’t make this stuff up!” Her energetic, humorous delivery was the book talk equivalent of a venti capuccino.

Bonnie Jo Campbell followed with a talk that was as earthy and frank as her writing, which has been described as “rural noir.” While one could be excused for assuming Campbell is a dour pessimist from her dark tales of working class people’s struggles, she turned out to be a funny, self-effacing storyteller. She spoke about the things she learned from her mother, a hardscrabble farm wife and mother in rural Michigan, which tied in nicely to Campbell’s latest story collection, Mothers, Tell Your Daughters (Norton). Campbell is best known for her story collection, American Salvage, which was a finalist for the National Book Award and the National Book Critics Circle Award in 2009, and her novel, Once Upon a River, an update of The Adventures of Huckleberry Finn featuring a female protagonist.

At that point, the conference moved into three breakout sessions featuring Korelitz, Lang, and Ohanesian. My wife and I split up so we could hear Lang and Ohanesian speak.

Maya Lang discussed the genesis of her debut novel, The Sixteenth of June (Scribner’s), which grew out of her PhD studies of modern literature and her fascination and frustration with James Joyce’s epically difficult “Ulysses.” Her novel explores, in part, the circumstances of three characters in their late 20s attempting to cope with their sense that their lives are not just not what they thought they would be, but also not what they “should” be. It led to a thought-provoking discussion of the effects of “shouldness” on all of our lives.

Aline Ohanesian‘s debut novel, Orhan’s Inheritance (Algonquin Books), uses a Romeo-and-Juliet love story to explore the complicated nature of the Armenian genocide. How should we view it from our position in 2016? What effect does it have (or should it have) on a contemporary Turk who possesses only a general knowledge of the events of a century ago? Ohanesian gave up her PhD studies in history to write the book, choosing historical fiction over a dissertation.

After a long break for book signing and lunch, the conference resumed with Jami Attenberg, an alternately sensitive and witty writer who gave what is probably a 60-minute talk in less than 40 minutes. She had the attendees vacillating between heartbreak and hilarity as she described the progress of her early career (three critically acclaimed novels that “sold really poorly”), how her breakout novel The Middlesteins was rejected by her publisher before becoming a bestseller for another publisher, and how she discovered Mazie Phillips, the subject of her latest novel, Saint Mazie. Phillips was the  larger-than-life “good-time girl” who worked in the ticket booth of a movie house on the Lower East Side during the 1920s and 1930s who, after working a 13-hour shift, went out onto the streets of the Bowery after midnight to help the countless homeless men, who came to view her as a saint. Before long, she was known as “the Queen of the Bowery.”

One notable anecdote in Attenberg’s talk involved her writer’s block after the first three novels. She was recovering from a broken ankle in a friend’s apartment in the funky, artsy Silverlake neighborhood of Los Angeles. A friend gave her a copy of Elizabeth Strout’s novel-in-stories, Olive Kitteridge (which won the Pulitzer Prize), and it led to Attenberg’s epiphany that she should write about the people and life she knew best, Jewish-Americans in the suburbs of a big city. She cranked out the novel that became The Middlesteins. And the result was a hit that has been published in ten countries and has allowed her to travel the world.

Unfortunately, prior commitments required us to leave before J.A. Jance spoke, so I can’t report on her talk. But her gesture of ensuring that copies of her latest novel, Clawback, were available to purchase four days before its official publication date was well-received by the attendees.

It’s a rare event at which one can learn about female Civil War spies, James Joyce’s Ulysses, life on a Michigan farm, and the Armenian genocide, as well as the challenges and triumphs of the writing life. My wife and I came home with a shopping bag full of books for ourselves, our sons, and our friends (some inscribed).

The entire event ran like a well-oiled machine. Kudos must be given to the 26 members of the Festival Committee for the quality of the conference, as well as for managing the cancelations of Lily King (due to her mother’s death a week earlier) and Claudia Rankine (who had to cancel all of her March appearances). The committee was able to arrange for Bonnie Jo Campbell and Aline Ohanesian to step in at what was close to the last minute. I’m looking forward to next year’s Festival.