Author Caroline Leavitt on Literature and Litigation: “My Life in Lawsuits” 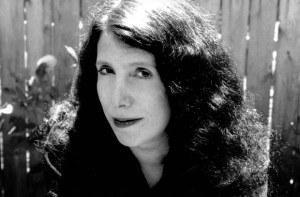 Everyone knows the lawsuit story about The Help, right? Kathryn Stockett was sued by a family housekeeper, more than a year after Stockett gave her the book to read. The housekeeper claimed that despite the fact that this was fiction, her likeness, image and stories were used without her permission. Because the housekeeper had known about the book, and because her right to sue was past the statute of limitations, the court threw the case out.

But still, there’s that question: Who was right? Who really owns a life?  No one lives in a vacuum. We are all bumping up against and being impacted by other people all the time, and to really tell our stories, sometimes we have to tell a little of theirs, as well.

Fiction, of course, is safer than non, but still, it can’t save you from threats. My very first novel was my very first lawsuit. Meeting Rozzy Halfway, about two sisters growing up in the ’60s in Boston, about mental illness and identity, was based partly on a girl I knew and partly on the intensely close relationship I had with my sister. It was about Ben, Bea and Rozzy Nelson, an All-American Family with a golden girl daughter who becomes schizophrenic. Right before the book was due to be published, the buzz was deafening. I was in every newspaper, slated for radio, and all over TV. And then a letter came. A family, with almost the same names, Ben, Bea and Rozzy Neiman (that’s not their real last name, but it’s close enough), whose daughter Rozzy was schizophrenic, were suing for invasion of privacy.

The Neimans thought I was telling their story. I was tempted to laugh it off, because I didn’t know them or their story. “Do you really think I’d be so stupid to use their real names?” I asked my then publisher.

“People can sue for whatever they want. You don’t want them suppressing your novel and losing all this great buzz.” The questions from the lawyer started. Did I know them? (No.) Had I heard about them? (No.) Was my story even a little about them? (No.) Was I absolutely sure? (Yes.) In the end, because they didn’t want to go to court, the publisher pressured me to change their names in the paperback edition, a book I can’t look at now, without feeling slightly sick. I never heard from these people again.

There’s a wonderful Annie Lamott quote, “If people don’t want you writing about them, they should have behaved better.” But I began to know the rules. You always change names and appearances and even occupations. Change the city, if you can, too.

A few years ago, I wrote an essay called “The Grief Diet,” for an anthology called Feed Me. (http://issuu.com/rhpg/docs/feedme_excerpt_fin) The essay was about a time, over 20 years ago, when I was so tortured by the sudden death of my fiance, that I thought the only way I could outrun my grief was to get involved with someone else. So I did, only the person I chose happened to be so emotionally abusive, so toxically cruel, that the only reason I stayed was because I knew if I left, I’d have to grieve for the man I had really loved. Oh, what a price I paid, though. My abuser/boyfriend wouldn’t let me eat (I whittled down to 95 pounds), stalked me on the street to track me, opened and read my mail, and even went into my computer when I wasn’t home and rewrote parts of my novel, adding a Groucho Marx joke because “it wasn’t funny enough.” He woke me up in the middle of the night to whisper, “Marry me,” and wouldn’t let me sleep until I said, “yes,” though I meant no. God. No, No. No. He hated my friends and didn’t want me to see them, and when I saw his friends, he accused me of flirting with them, so he didn’t want me to see them, either. He hated the way I dressed because it wasn’t girly enough for him. He hated that I didn’t cook, that I didn’t like the same books and music he did. I got skinnier and skinnier and so unhappy, my mother flew up from Boston and begged me to leave. My friends finally staged an intervention, and I left him. The grieving began again and yes, it was terrible, but in the end, it was better than being with him. And it lead to a new life.

When I wrote the piece, I didn’t use his name, or his physical description, or anything that could have tied him to the piece. I hadn’t heard from him in years. We had never shared a single friend, but then the book was out, and I put my excerpt up online, on my blog, on FB, and suddenly, over 20 years after our relationship, there was a call from the publisher’s lawyer. But to my surprise, it wasn’t him. It was another terrible ex-boyfriend, who was sure the essay was about him, and who wanted to suppress the book and my blog, because everyone would know it was him. “There was more than one boyfriend like that during that time,” I told the lawyer. Still, he called the publisher and the editor so many times, they told me they wouldn’t take his calls or emails anymore. In the end, he was sent away, but it left me shaken.

But is it easier if you get permission?

It was years later. I was ridiculously happy with a new husband, a child, a home, a career, and I had forgiven her. I told her I wanted to write about that terrible time when everything fell apart for everyone. Was it all right with her? “Oh, please do it,” she said. “I can tell you so much.” And she did. She cheered me on when the essay landed in an anthology, The Other Woman, when it was picked up by New York Magazine for its special Love and Sex issue, called “High Infidelity” (http://nymag.com/news/features/2007/sexandlove/30914/), and when I was invited on The Today Show twice to talk about infidelity and betrayal. But then I got a film option and a play option based on the anthology. Suddenly, there was a nasty message from her, threatening to use every cent she owned to take me to court, to ruin me, to stop me from stealing her life. “How dare you?” she said. “Who do you think you are?”

I was stunned. I had asked her permission and she had given it. I hired a lawyer who looked at the case and said there was none. She had known about the project years and years ago and had not sued. Her name, her profession, her appearance — all were changed, and legally, that is all that was needed.

She was silent after that.

To me, the interesting things in life are the relationships between people. Everyone’s life intersects and bangs up against the lives of others all the time. How could I possibly tell the story of my life without mentioning the people who impacted me the most, in both wonderful and horrific ways? Writers are magpies, and we collect details about people and we use them for fictional characters. Sometimes people see themselves, but sometimes they don’t. My mother swore she was a character in one of my novels (she wasn’t), and my sister never saw our girlhood in Meeting Rozzy Halfway. The only way you are truly safe is that you cannot libel the dead. At least as far as I know.

Caroline Leavitt is the New York Times bestselling author of Pictures of You and Is This Tomorrow, and wants to assure you that none of the characters are based on you.