As an author, I often find it hard to divine whether a good author is male or female, or what literary traits define each gender. It’s all the more confusing when I grab one of my go-to books by Charles Todd, the pseudonym for a mother-and-son writing team from America. They weave mysteries so devilishly complex that I would have no idea whether it’s the mother or the son who wrote a given passage. Their stories are so addictive that I stumble from one to the next without giving gender a second thought, but writing duos are rare in the mystery genre.

Much of my early teen reading was geared towards male authors, as the fantasy/science-fiction genre is packed with names like Tolkien, Asimov, Moorcock, and Niven. I did try reading some notable women writers in the field, such as Ursula K. LeGuin and her Earthsea trilogy, but it didn’t click with me, nor was I attracted to the tales of Marion Zimmer Bradley or Anne McCaffrey. I recall enjoying Ayn Rand’s brief Anthem at age 16 or so, but that’s only because it was directly related to my favorite band, Rush, and the Rand-fueled plot behind their epic 2112 album (though in retrospect, Rush was a rock ‘n’ roll band that urged their fans to read more books, so we must thank them for that).

Fifteen years later, my tastes evolved into the arena of British murder mysteries and – What ho! – my appreciation of women authors soared. In contrast to the male-packed sci-fi category, it seemed that every other mystery author was a woman and a fiendishly clever one at that. I must confess I already knew many of their names since my mother sat our kitchen table in Connecticut, day after day, year after year, reading well-worn paperbacks of the English murder mystery. In retrospect, she often woke up early, long before the rest of the family, and enjoyed a cup of coffee, along with a generous portion of murder most foul. As I found out in my thirties, I had inherited the gene. 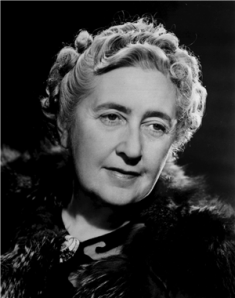 Agatha Christie opened the door for me, both in book form and later, brilliantly, on British television. Miss Marple and Hercule Poirot caught my imagination immediately and indoctrinated me into the world of the so-called “village mystery,” notably the aforementioned spinster sleuth who lived in the fictional St. Mary Mead. 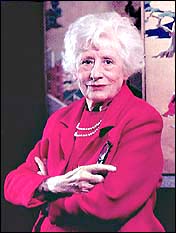 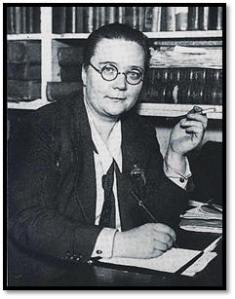 Fast on her heels were Ngaio Marsh and Margery Allingham, who gave us those brilliant and ultra-dapper detectives, Inspector Alleyn and Albert Campion. Together, Christie, Marsh, Allingham and Dorothy L. Sayers (author of the Lord Peter Wimsey mysteries) solidly define the British murder mystery. I would be lying, however, if I said their collective books, which must run into the hundreds of titles, are not formulaic. Instead, they are highly so, but that formula gave me ample training to write my own fantasy/mysteries, starting with Thimble Down and continuing in Devils & Demons. It was through this British crew that I learned about crafting believable red herrings, MacGuffins, and squirrely sub-plots galore. Christie, Marsh, and Allingham, in particular, showed me how to build suspense, confuse the reader with almost-sadistic glee, and lead them to the precipice of disaster—only to unveil the solution to the crime with a dash of P.T. Barnumesque showmanship. The sleuth in my tales—a certain Mr. Dorro—even displays his share of Hercule Poirot’s neuroses and shameless vanity. It only makes Dorro a more enjoyable, believable character to my mind.

In the modern era, the tradition of lady crime masters has continued unabated in the United Kingdom. P.D. James is perhaps the best known for her Adam Dalgleish detective stories, later made huge popular via Anglia Television and, in America, our PBS.

Scottish writer Val McDermid has penned dozens of dark novel. I’ve only read A Place of Execution, which was so brilliantly constructed and terrifying that I’m afraid to approach her other work. I’m still in awe of her ability to scare the living hell out of me.

Instead, my everyday taste runs more towards the hand of M.C. Beaton, one of the pen names for Marion Chesney, a writer so prolific that she has over a hundred books to her own credit. I find her sleuth Agatha Raisin a bit cloying, but the Highlands cop Hamish Macbeth hits the spot every time. He’s a good-looking loner of a policeman who, despite admirable detective skills, tries to play down his abilities of logic, lest he get promoted and transferred to the dreaded city. (He much prefers his little coastal village of Lochdubh and the company of his sheep, chickens, cat, and dog to most humans, aside from the occasional girlfriend.) Beaton/Chesney is formulaic in the Agatha Christie tradition, but that’s what we crave sometimes. She understands that a great character placed in an envious setting is something the reader wants to return to, again and again—that’s called shrewd marketing. Both Miss Marple and Hamish Macbeth stories illustrate that “sense of place” and helped inspire me to create the fictional village of Thimble Down. Like a realtor, a deft woman crime writer drills the notion of “location, location, location” into our psyches.

One might argue this coming point, but to me, you can’t talk about British mystery without mentioning the queen of the young-adult genre, J.K. Rowling. Despite all the hoopla about witches and wizards, magic and castles, the Harry Potter stories are essentially one, long mystery novel or perhaps, several sandwiched together. Either way, Rowling knows her way around red herrings (Severus Snape) and MacGuffins (the horcruxes and deathly hallows), at least enough to tell us she’s read plenty of Brit mystery. The author, of course, also likes to spoon in some comedy and children’s lit, all culminating in a masterful mix of Margery Allingham, Roald Dahl, the Nancy Drew stories, and more than a little Stephen King. One must give Rowling her due.

So, what makes a woman mystery writer different from a male of the species? It’s been remarked on how the intricacies of the murder mystery is something better suited to women writers than men, the latter of whom might favor more action, muscle and verve (though there’s no shortage of great American mystery writers: Dick Francis, Raymond Chandler and, the master of them all, Edgar Allan Poe). I also enjoy the sub-genre of “historical mysteries” and, in this category, there is a greater emphasis by its men on achieving historical, even scholarly accuracy with regard to time, place, culture, and period artifacts (to wit, David Liss, C.J. Sansom, Bruce Alexander’s wonderful Lord Fielding mysteries, and Iain Pears’ masterwork, An Instance of the Fingerpost). The male writer wants you to know how well he’s researched his work and achieved such historical verisimilitude; the female wants you to know how dangerous and fiendishly clever she is. A literary black widow? Perhaps.

When I think about the stories in my own fantasy series, I can say with confidence that I look to the lady masters of mystery more than the gents who craft major works of fantasy and historical fiction. I want Mr. Dorro to summon the impeccable panache of Inspector Alleyn; the fussy genius of Hercule Poirot; and the goofy, offbeat charm of Albert Campion. And the village of Thimble Down is based just as much, if not more, on the brooding charms of Miss Marple’s St. Mary Mead or Hamish Macbeth’s Lockdubh as Bilbo Baggins’ Hobbiton. Without doubt, I stole plenty of inspiration from men with pens, but when you finally crack the case, it’s clear I received more from mystery-lit’s lady practitioners. They’re deliciously diabolical. 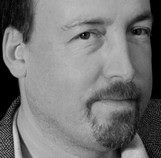 Pete Prown is the author of Thimble Down and Devils & Demons, as well as a journalist, editor, photographer, and darn-good guitar player. Find his books on Amazon and at peteprown.com and his music (under the moniker Guitar Garden) at http://www.cdbaby.com/Artist/GuitarGarden.