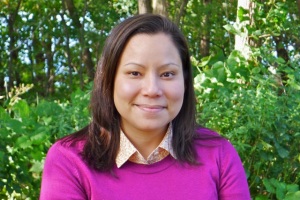 This collection of ten short stories announces the arrival of a talented young writer with a distinctive narrative voice. Karin Lin-Greenberg, a professor at Siena College in New York, won the 2014 Flannery O’Connor Award for Short Fiction, and it’s easy to see why. She is a gifted storyteller. (Previous winners include Amina Gautier, Ha Jin, Antonya Nelson, Rita Ciresi, Mary Hood, and Bill Roorbach, so the judges have a good track record for finding talent.)

Unlike so many story collections today, which tend to the dark and cryptic, Faulty Predictions pulses with a bemused energy. Lin-Greenberg’s stories examine the foibles of a wide range of characters. A group of high school journalism students is confronted by an injustice (“Editorial Decisions”); a glib TV talk show host goes to drastic lengths to connect with his college freshman son (“Late Night with Brad Mack”); two Chinese-American mothers are rivals for power in their close-knit community (“Prized Possessions”).

In the title story, two elderly women housemates are on a mission to stop a murder at a Halloween party on a college campus, with unexpectedly poignant results.  “The Local Scrooge” concerns a curmudgeonly college professor who proves to have a soft spot for babies, something he wants to keep secret in order to maintain his reputation, but in the age of social media that proves difficult. In “Miller Duskman’s Mistakes,” the title character is a big city businessman who opens a sophisticated coffee shop (with a floor-to-ceiling glass facade!) in a small northern college town, engendering the resentment of the determinedly unimpressed locals. A variety of complications results ensue. But perhaps the locals have misjudged him.

In these ten stories, Lin-Greenberg displays impressive insight into human nature and empathy for regular people trying to make sense of their lives and circumstances. She also possesses a nicely dry wit and a gift for realistic dialogue that pops off the page. Remember her name; she is a young writer worth watching.