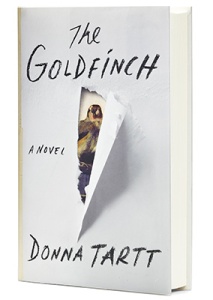 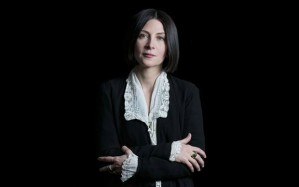 The Goldfinch, Donna Tartt’s epic coming of age story set against a backdrop of the art world, has won the 2014 Pulitzer Prize for Fiction, Columbia University announced today.

The Pulitzer Committee described The Goldfinch (Little, Brown) as “a beautifully written coming-of-age novel with exquisitely drawn characters that follows a grieving boy’s entanglement with a small famous painting that has eluded destruction, a book that stimulates the mind and touches the heart.” Tartt will receive a $10,000 award.

The other two finalists were The Son by Philipp Meyer (Ecco), “a sweeping multi-generational novel that illuminates the violence and enterprise of the American West by tracing a Texas family’s passage from lethal frontier perils to immense oil-boom wealth,” and The Woman Who Lost Her Soul by Bob Shacochis (Atlantic Monthly Press), “a novel spanning 50 years and three continents that explores the murky world of American foreign policy before 9/11, using provocative themes to raise difficult moral questions.”

The awards will be presented at a luncheon at Columbia University on May 28.