Naming the Dragon: Writing Your Truth When It Involves Real People 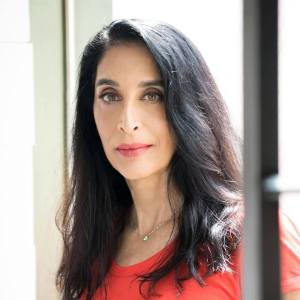 After I started getting published and my parents realized my writing wasn’t just a passing phase, my dad told my sister, “When Colette finally writes about me, ask her to be kind.”

He’s never said it to me, though. We rarely talk about my writing, though he reads everything I publish, from blog posts to interviews to short stories. This year, he’s been giving my new linked short story collection, Once Removed, to all his friends. He’s proud of me. I know he is. But I also know I make him nervous, especially now that I write personal essays as well as fiction.

It’s inevitable for anyone related to a writer to worry: Will I show up in her work? Will I like the self I see portrayed?

But should the writer worry too, about the reaction of her subjects?

When I only wrote fiction, this issue didn’t bother me. I didn’t care whether others saw themselves in my writing. After all, my work was fiction. I drew elements from life, even full story lines, but I fictionalized everything. If something from real events didn’t fit my purposes, I changed it.

For instance, “Lamb,” one of the linked stories in Once Removed, was inspired by a cross-country trek (involving Easter eggs and a smuggled, frozen carcass) taken by my mom’s mother, Grandma T, but the similarities between real life and the story end there. Even Rose, the grandmother portrayed in “Lamb,” isn’t based on Grandma T, an unhappy, angry woman with whom I had a tense relationship. 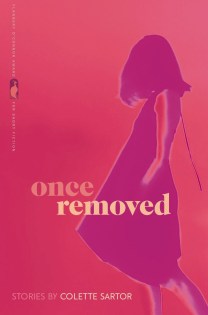 Instead, Rose was inspired by my father’s mother, a woman I revered even though she, too, was difficult, prone to lying and manipulating to get what she wanted. But she was also brilliant and ambitious and loved me with a fierce protectiveness. I understood what drove her, what she yearned for and feared, so I could portray someone like her, someone flawed, fiery, determined, someone who could still love and be lovable.

Even so, my mother never showed “Lamb” to her own mother because she knew Grandma T would believe Rose was her simply because the story’s central event resembled something she did.

At the time, I thought my mother was being silly. Clearly, Grandma T didn’t know me if she thought I would write so close to life. I wanted nothing to do with nonfiction, especially personal nonfiction. I was too private. My attempts to write about myself produced self-effacing prose that bored the hell out of me. Fiction was easier to write–I could take what I knew and screw with it. I could change outcomes and people, make them what I needed them to be.

Despite my misgivings, I found myself writing personal essays after my mother died several years ago. I also started a blog, which was meant to deal solely with craft. But the more blog posts I wrote, the more freedom I discovered in writing posts that touched on real life elements. Soon, the personal elements overtook the craft ones until most of my posts were personal essays masquerading as blog entries. I wondered why I was suddenly willing to write about myself.

An answer occurred to me while listening to “About That Farm Upstate,” from This American Life episode “Birds & Bees” (May 15, 2015). “About That Farm Upstate” discusses The Sharing Place, a grief support center for children in Salt Lake City. One goal of The Sharing Place is to help children articulate their grief by explaining to them how their relatives died using clear, age-appropriate language. Says This American Life contributor Jonathan Goldstein, “Once a child knows how their loved one died, they’re encouraged to say it out loud. There’s a kind of sorcery to it, naming the dragon so you can defeat it.”

Naming the dragon. That was it.

Often, we writers, no matter what kind of writing we do, are naming our own dragons so they take on heft and weight. That way, we can demystify them, understand them, defeat them. That’s what I’ve been doing with my writing all along, even with fiction: naming the dragons of my youth, my past, my present, my future.

My mother’s death freed me to openly name the dragons that arose from our relationship, which was fraught with difficulties but also layered with love and a deep, abiding commitment. Still, when I write about things that happened between us, I also wind up writing about other people involved in those events who are still alive. They are not characters of my own creation, to be molded and manipulated. They are loved ones, family members, friends.

What do I owe them?

This issue, of how to name your dragons when they involve real people whose lives you will expose in the naming, isn’t a new one. Book critic and author David Ulin addressed it in a Los Angeles Times essay on February 10, 2015, “What Do Writers Owe Their Subjects?” Though he cautions writers never to work “from a position of revenge,” he urges them to explore difficult topics involving real people: “Writing…belongs first to the writer, and then to the reader, to the world. The subject is a catalyst, a character, but our responsibility is, has to be, to the work.”

He also notes, however, an astute caution posed in the 2009 Los Angeles Times essay “The Pitfalls of One’s Recall,” by memoirist and essayist Marion Winik: “The act of writing about another person occurs not just in the world of literature but in real life. It cannot help but change your relationship, and this should be the first thing you think about.” Thus, while in theory we writers owe our allegiance to our work, in practice we should be heedful of its real world ramifications. Unless we’re fine with friends and family shunning us, or even suing us, for scathing, potentially actionable portrayals, we should consider how to protect our relationships with our loved ones, and how to protect ourselves once our work is published.

In the 2009 post “Memoir Writing and Ethics,” published on the blog Memories and Memoirs, Linda Joy Meyers explores taking an ethical approach to writing personal nonfiction. The post offers numerous pragmatic suggestions, including getting permission to use real names, clarifying facts versus opinion, avoiding potentially slanderous or defamatory portrayals, and considering how certain grudges or emotionally sensitive issues with friends or family could be impacted by your portrayal. She points out, however, that being ethical doesn’t mean sacrificing your interpretation of your own story:

“Being ethical does not mean that you agree with what other members of the family think, or that you have to be close or connected. Being ethical means that you protect yourself and your work, and have proper boundaries when sharing your opinion, which is what a memoir is, with the larger world.”

Deciding What Topics to Avoid

Taking an ethical approach to writing personal nonfiction is sound advice. But does adhering to this approach mean I feel comfortable writing about anything I want as long as I take precautions? After all, events in my life are mine to excavate, aren’t they?

It’s true that when I write personal essays, I’m exploring my recollections of my own experiences. But, much like dragons, memory is a ferocious, fallible beast. My memory of a factual event is likely to differ from that of others involved since it is colored by my own emotions, opinions, and biases. My recounting of that event, therefore, is only my side of the story.

So when I’m writing from life, I can’t ever claim to recount facts with 100 percent accuracy. The best I can do is convey the essence of the experience in a way that is fair to all participants and yet accurately portrays its emotional resonance in my life. If I write with enough empathy and honesty, I’ll be able to round out my experiences and depict everyone involved as three-dimensional individuals defined by both their strengths and flaws.

Still, there are topics I don’t write about. I keep in mind Marion Winik’s admonishment that the act of writing can’t help but impact our existing relationships. There are some stories that also belong to others in my family, or that, in their telling, would affect other people’s perceptions of the participants. Even if a story technically is mine to tell, it may not be time to tell it yet. So, though I strive for honesty and empathy in whatever I write, when choosing what to write about, I err on the side of fairness and let certain topics lie untouched, at least for now.

Recently, during the writing of this essay, the subject of my blog came up in front of my father. We were on vacation, drinking cocktails and swapping old family stories with my sister and my husband. I admitted to mining those family stories for my writing but said that I’m careful about the subjects I tackle and the way I portray people. Even so, I said, I know I still risk hurting those I love, which is why I waited to write nonfiction about my mother until she died.

My father smiled and said, “But you’re still writing about me.”

I don’t write about you, I was tempted to say. I don’t slay our dragons. When you come up in my writing, I tread lightly, share little, avoid hot button issues.

He raised his glass. “Wait until I’m dead,” he said. “Then write about me.”

I raised my glass and toasted him in response. Maybe I said, Until death. More likely, I said, Here’s to a very long wait.

Colette Sartor grew up a nice New Jersey Italian girl looking to escape the trajectory expected from nice, New Jersey Italian girls: marriage, three-kid minimum, Sunday mass followed by a sit-down dinner for the entire extended family that she alone would cook, serve, and clean up. After fleeing to Los Angeles to be an entertainment lawyer, she found herself disappointed by lawyering, so she quit her job after eight years and started writing fiction.

Her linked short story collection Once Removed (University of Georgia Press, 2019) won the Flannery O’Connor Award for Short Fiction. Her stories and essays have appeared in The Chicago Tribune, the Los Angeles Times, New York Magazine’s The Cut, Kenyon Review Online, The Good Men Project, Scary Mommy, Yahoo Parenting,  Printers Row Journal, Crab Orchard Review, Prairie Schooner, and elsewhere. Her work has been anthologized in Short Stories from Printers Row, The Press 53 Open Awards Anthology, and Law and Disorder: Stories of Conflict and Crime. In addition to the Flannery O’Connor Award, she has won a Reynolds Price Short Fiction Award, a Press 53 Open Award, an honorable mention in Best American Short Stories, and a Truman Capote fellowship from the Iowa Writers’ Workshop, where she completed her MFA.

Colette has taught writing for almost 20 years and currently teaches at UCLA Extension Writers’ Program and Los Angeles Writers’ House, as well as privately. She also co-hosts the Literary Roadhouse Bookclub podcast. In addition, she is an Executive Director and the Co-Feature Director of The CineStory Foundation, a nonprofit mentoring organization for emerging TV writers and screenwriters. She lives in Los Angeles with her husband, son, and German shepherd.