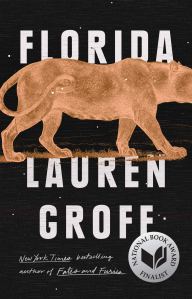 Lauren Groff’s Florida (Riverhead Books) is the winner of The Story Prize for books published in 2018. The other finalists were Jamel Brinkley for A Lucky Man (Graywolf Press) and Deborah Eisenberg for Your Duck is My Duck (Ecco). At the event at The New School, all three finalists read from and discussed their work. Groff received $20,000 and an engraved silver bowl, while Brinkley and Eisenberg each received $5,000.

Half Gods by Akil Kumarasamy (Farrar, Straus and Giroux) won The Story Prize Spotlight Award, given to a short story collection of exceptional merit. Winners can be promising works by first-time authors, collections in alternative formats, or works that demonstrate an unusual perspective on the writer’s craft. Kumarasamy will receive a prize of $1,000. 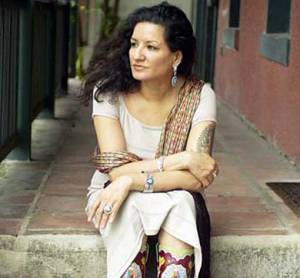 Debut authors and works by and about women dominated in the nation’s largest literary awards program. Novelist, poet, and essayist Sandra Cisneros, author of The House on Mango Street, Woman Hollering Creek and Other Stories, and many more beloved works, was lauded for a lifetime of extraordinary literary contribution and presented with the PEN/Nabokov Award for Achievement in International Literature. Judges Alexander Chee, Edwidge Danticat, and Valeria Luiselli noted her “formidable and awe-inspiring body of work, which includes fiction, memoir, and poetry,” adding that “it’s hard to imagine navigating our world today without her stories and her voice guiding us toward much needed reclamation and endurance.” 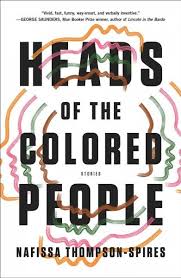 The PEN Open Book Award, to an exceptional book-length work of any genre by an author of color, published in the United States in 2018, went to Heads of the Colored People by Nafissa Thompson-Spires (Atria), who will receive a prize of $5,000.

From the judges’ citation: “Nafissa Thompson-Spires’s Heads of the Colored People is an original and thrilling debut short story collection that deftly explores race as both foundational and ancillary in the lives of bickering school moms and melancholic teenagers, weaving together stories of Black upper middle-class lives in contemporary America. A book this smart, funny, sly, charming, and devastating is a gift. Both of-the-moment and utterly timeless, these stories and the ‘heads’ they inhabit do the necessary and thrilling work of the best literature: They expand the understanding of what it means to be a human and alive in this moment.”

The PEN/Bellwether Prize for Socially Engaged Fiction – for a literary novel-in-progress that addresses issues of social justice and the impact of culture and politics on human relationships – was awarded to Katherine Seligman for If You Knew (work-in-progress). Seligman will receive $25,000.

From the judges’ citation: “Maddy Donaldo, homeless at 18, has made a family of sorts in the dangerous spaces of San Francisco’s Golden Gate Park. She knows who to trust, where to eat, when to move locations, and how to take care of her dog. It’s the best definition of home she has. But when she unwittingly witnesses the murder of a young homeless boy and is seen by the perpetrator, her relatively stable life is upended. Suddenly, everyone from the police to the dead boys’ parents want to talk to Maddy about what she saw. As the adults pressure her to give up her secrets and reunite with her own family before she meets a similar fate, Maddy must decide whether she wants to stay lost or be found. Against the backdrop of a radically changing San Francisco, a city which embraces a booming tech economy while struggling to maintain its culture of tolerance, If You Knew follows the lives of those who have no good place to go.”

The PEN/Hemingway Award for Debut Novel will be honored on April 7 at the JFK Museum and Library in Boston. The finalists are:

There There, Tommy Orange (Knopf)

This year’s judges—Percival Everett, Ernesto Quiñonez, and Joy Williams—considered more than 400 novels and short story collections by American authors. The judges made the following collective statement about their selections:

“In this year’s fiction we experienced more honesty and generosity than in any head of state. In a time when our leaders are telling us that our lives don’t matter, that language exists only to convey misinformation, we found all entrants speaking loudly, eloquently, and timelessly, reaffirming that our lives do. Our finalists were chosen for their genuine and emotional possession of an American narrative that includes us all, beyond walls or any lines.”

The winner, who will receive $15,000, will be announced on April 29. The remaining four finalists will each receive an honorarium of $5,000.