Karin Lin-Greenberg on Drawing and Writing: One Thing at a Time 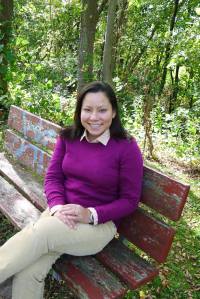 I’m trying to remember how I first learned to write fiction. I don’t think I learned one fiction writing skill after another and then, after extensive study, finally wrote a complete story. I learned in bits and pieces, getting feedback in writing workshops, and picking up techniques as a student reading published work and the work of my peers. Then, later, I figured out more about fiction writing as a teacher, as I looked at student work and tried to determine what was working well and what could be improved. I know I’m still learning, picking up ideas from books I read and workshops I participate in, and I know I’ll always be learning as a writer.

I suppose this learning began when I enrolled in a creative writing class my first semester of college. On the first day of class, a sheet of paper was passed around, we all signed up for workshopping slots for the semester, and then we began workshopping each other’s stories the next week. This is how all of my creative writing classes were structured during my college years. When I got to graduate school to study writing, a sign-up sheet was passed around again on day one, and workshops began on week two of the semester. In every fiction workshop I took throughout my time in school, students were expected to have a piece of writing whose intention was to tell a complete story by the second week of the semester.

For the past few semesters I’ve been taking drawing classes, and I’ve been paying attention to how drawing is taught and thinking a lot about how it compares to how writing is taught. I’m taking art classes because I want to work on a project that involves both writing and art and want to improve my drawing skills. I’ve taken three college art classes so far—Drawing I, Drawing II, and Life Drawing.

For the first few weeks of Drawing I, my class worked on contour line drawings, which meant we only drew the shapes of objects—essentially the outlines—and we didn’t include details and we didn’t shade. My teacher assembled a still life composed of many objects in the middle of the classroom each day, then all the students set up easels in a circle around the still life. There was one object I found particularly challenging to draw in that class. It was an old copper tea kettle with a spout that looked like the letter S. From the side, it was fairly easy to draw the kettle and spout, but if I ended up in one of the spots in the classroom where the spout was facing me head-on, it was difficult to render. But working only on contour line drawings of the kettle ensured I needed to only worry about capturing the shape and proportions of the kettle, and I could focus on representing that spout accurately. At that point, I didn’t have to figure out how to draw the patina on the copper or the wood grain on the handle or the tiny dents in the surface of the kettle.

As I tried again and again to get that spout right in my drawings, I wondered if there was anything analogous to this type of work in a writing class. Would this be equivalent to, say, describing setting after setting without actually placing a story in that setting? Or maybe writing argument after argument between two characters, concentrating only on dialogue and not worrying about surrounding material? I know in some writing classes students work on a lot of exercises, but I don’t know of any writing classes in which students complete only exercises in order to build fundamental skills for an entire semester or more.

After a few weeks of working on contour line drawings in Drawing I, we were finally allowed to add tone to our work. A cow’s skull sat on a wooden box in the center of the classroom, the classroom lights were turned off, and a spotlight shined on the skull, creating dark shadows and bright highlights. The first step, though, was to use the skills we’d built through our contour line drawings to draw the outline of the skull, to figure out how much room the skull should take on the paper and what the proportions should be. I sketched the skull, added in the eye sockets and quickly drew the outline of the teeth. I began to add tone by darkening the eye sockets. And then my teacher walked by my easel and asked me to measure again. In that class, we used wooden skewers to help us measure. I could measure the size of the eye socket against a wooden skewer held up at arm’s distance and then see how many eye sockets made up the length of the skull. I’d forgotten to measure because I’d been eager to get to shading the skull. I was being asked to do just two things—outline and shade—but it was easy to forget about how to properly do one of these things when moving on to the next skill.

Eventually, in that first drawing class, we moved on to adding detail. The next semester I took Drawing II, and we moved on to color. But even in Drawing II, we focused on rendering what we saw. Our work didn’t need to tell any sort of story or make any sort of point; it just needed to look like whatever we were drawing. I drew a coffee pot and lemons and bulbs of garlic and a park bench and even a taxidermied pheasant that semester. But none of these drawings needed to impart any sort of meaning to the viewer.

In my third semester of studying art, I took Life Drawing, and I worked on drawing the human figure. For six hours a week for fifteen weeks, I drew live models. For the first few weeks of the semester, my teacher told me again and again that the heads I was drawing were too big for the bodies they were attached to. Finally, after maybe drawing fifty figures, I started to get the ratio of head to body closer to correct. That repetition helped me figure out what I was doing wrong. Throughout the semester, we did gesture drawings, which ranged from one-minute sketches, to ten-minute sketches, and the point of these sketches was to capture the model’s pose and to practice drawing the human body in different positions. We also worked on long poses, where the model sat for several hours. If I went back and counted all the figures I’d drawn over the course of the semester—including the quick gesture drawings and homework exercises—I’d say I’d probably drawn over a hundred. My classmates and I improved because we practiced doing the same thing over and over again.

It was only for the final project for my Life Drawing class—so after taking more than forty weeks of drawing classes—that we were asked to consider a narrative for the image in our final project. We had to reinterpret a myth or legend that had some sort of significance to our own lives. When I got the assignment, I felt overwhelmed. Not only did I have to draw objects and people, but I also had to imbue the piece with meaning. And then I thought this is essentially what we ask writing students to do from the very beginning. Beginning writers are asked to balance plot, characterization, setting, dialogue, point of view, and numerous other elements of craft with meaning. Taking these drawings classes—and having the opportunity to build one skill at a time—made me realize just how much we ask of beginning writing students.

I don’t have big ideas here about how to completely change the way that writing is taught, but I do think in the future I’ll ask my students to spend more time practicing fiction writing skills before using these skills in a finished story. I think there’s something to be said for low-stakes exercises before plunging into writing complete stories, but I also remember that eager feeling of wanting to write an entire story right away when I was in college. I don’t think I would have had the patience at eighteen or nineteen years old to spend week after week solely working on one aspect of fiction after another. I think most students sign up for writing classes because they want to write a story or a poem or an essay, and they want to leave the class with a finished product.

Taking art classes has not only helped me to reevaluate what I do as a teacher of writing, but it’s also made me reexamine how I write. I think too often I’m so concerned with a story as a whole, so concerned with completeness and meaning that I forget about the individual components that make up the story. So these art classes have reminded me to slow down, to consider how each element is working. Now I think about whether the setting is rendered in accurate, vivid detail. I’ll read dialogue out loud and see if it sounds natural and like the way the particular characters who are speaking would actually talk. I’ll look at my descriptions and ask if I can make them sharper, more precise. I think about the arc of a story and closely examine my plot. When I look at a story I’m writing and feel overwhelmed by all that needs to be fixed, I tell myself to just fix one thing at a time, that I only need to get one thing right at a time.

Karin Lin-Greenberg’s story collection, Faulty Predictions, won the Flannery O’Connor Award for Short Fiction and won gold in the Short Story category of Foreword Reviews’ INDIEFAB Book of the Year. Her stories have recently appeared in Boulevard, the Chicago Tribune, New Ohio Review, and Shenandoah. She lives in upstate New York and is an associate professor in the English Department at Siena College.