Eavesdropping: Michelle Brafman on how Bertrand “Ray” Farkas taught her the power of listening 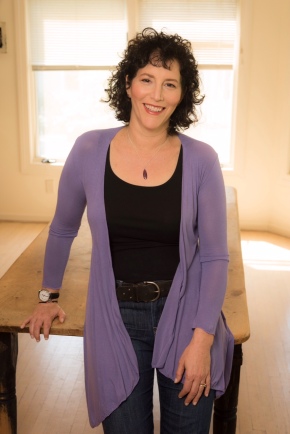 This election season is bringing out the worst in all of us, myself included. I’ve laughed at photos of Trump’s face superimposed on a horse’s ass and gleefully pored over the precise words Melania stole from Michelle. I’ve scream-ranted about Trump’s xenophobia, fat-shaming, and misogyny and have diagnosed him with a slew of mental disorders I’ve pinched from the DSM-5. I’ve done this all in front of my children, undermining years of effort to teach them how to see the gray in the world and in people, something I value deeply as a mother, writer, and human being.

The incessant candidate bashing hurts my ears and my heart. I want the shouting and the hating to stop. I also want my mentor, the late Bertrand “Ray” Farkas, back.

I recently had dinner with Ray’s daughter, and we agreed that her father, an Emmy Award-winning television producer for NBC and numerous other programmers, would be having a field day with this election if he were alive to see it. Without question Ray would have dined out on the memes and jokes and feared the potential of a Trump presidency.

Ray also would have put aside his personal feelings to do what he did best. Listen. From very far away. Ray’s approach to television news was unique and often copied by other producers, sound technicians, and photojournalists. Here is how his bio described his work: “He believed in conversations — not interviews, eavesdropping — not intruding, no lights, and keeping the camera far away from his subjects. He was devoted to time, place and context — little things, not big things, that television can do better than any other medium. But seldom does.”

I picked Ray as my mentor when I was a television producer, but he taught me as much, if not more, about writing. He implored me to pay attention, always, and to listen to silences, where Grace Paley said “little truths growl.” 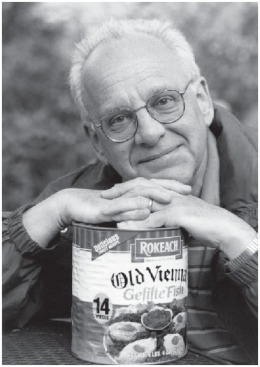 Ray removed himself from the conversation in order to record people talking to one another. He did so by attaching wireless mics to his subjects, sitting them down at a diner booth or park bench, and setting up his camera yards away. He used long lenses and a foreground composition (his email address was Foreground@aol.com). These shots were not only visually interesting, but they gave the viewer the sense that he/she was eavesdropping on a private discussion.

Eavesdropping is a writer’s lifeblood and demands a different kind of listening, a subtle craning of the neck, a curiosity about a conversation that’s just out of our reach, a commitment to closing our mouths and opening our ears. This trait was Ray’s calling card as well. He never shoved a mic in someone’s face, ever, and not because he wasn’t aggressive in his desire to tell a story. Ray captured some of the most tender moments in U.S. history: the aftermath of 9/11, the unveiling of the Vietnam Memorial, and numerous others.

In “Interviews 50 cents,” (a magazine series featured on ABC, PBS, and Slate V), Ray teamed up with former NPR journalist Alex Chadwick and traveled the country setting up interview stands.

Ray and Alex shared the belief that everyone has a story: a Key West man negotiating his life with AIDS, an ex-con musing about his future at the Indiana State Fair, and myriad participants who plunked down two quarters to unburden themselves. I learned how to listen for such stories, which led me to write my own imaginary ones, culminating in Bertrand Court, my book of linked narratives about the kind of characters who might have popped up at one of Ray’s interview stands.

If Ray were alive, one of the networks would have called him to produce a series on the election, maybe because one of his disciples, an idealistic, slightly offbeat, producer like myself would have made it happen. He collected us like stamps. He would have meandered over to a diner, ten or so miles and a whole universe away from Capitol Hill. He would have drummed up both a Trump and a Hillary supporter, not politicos, but mechanics, teachers, or insurance salesmen, people who are fed up enough to want change and passionate enough to think that one of these candidates will give it to them.

Ray would mic them, place a ketchup bottle in the foreground, and set up his camera outside the diner. The light would be fading, and they’d talk, forgetting that he was sitting outside with a headset, both blissed out by their expression of honesty and scared by the unbridled fear and anger that is guiding this race. And there would be no mics waved in anyone’s face.

Ray would thank these people and arrange another such pairing. And after a long exhilarating day of shooting, he would call it a night. The next day he would go through his footage and tweeze the most genuine and raw moments and mix them with the natural sounds of the cash register, the fryer, and a Springsteen anthem on the jukebox. He’d find an editor to piece all the elements together, exactly to his satisfaction, and the final product, shot through the haze of a pro-mist filter, would contain no shred of sentimentality.

Merely watching one of Ray’s pieces would remind us to put our mics down and listen with the rapt curiosity of an eavesdropper. We’d reenter the conversation with more civility. And we’d be much prouder of who we are, once the yelling finally stops.

Michelle Brafman is the author of the novels Washing the Dead (2015) and Bertrand Court (2016) (both published by Prospect Park Books). Her writing has appeared in Slate, Tablet, Lilith, the Los Angeles Review of Books, the minnesota review, and elsewhere. She teaches fiction writing at the Johns Hopkins MA in Writing Program and lives in Glen Echo, Maryland with her husband and two children.
Photo of Ray Farkas by Bob Burgess