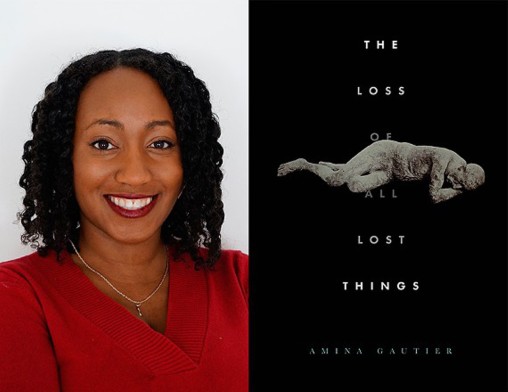 I have long been preoccupied with the importance of occupation in fiction i.e. the act of choosing and deciding what it is a character does for a living. Yet, at first, I didn’t write about work. As a young writer, I focused on who the adults were when they came home in relationship to their friends and family. I was, in many ways, hampered by my own limited understanding of the world. It didn’t occur to me to wonder about the selves the adults in my life had to take on when they left their homes and went to work. As soon as I turned fourteen and obtained my working papers and had my first summer job, I knew better. I worked for a local congressman in Crown Heights, where I made copies, answered the phone and stuffed envelopes, all the while surrounded by people strategizing and campaigning. It was soon true that the person I was when I came home after a day of work was not the same girl I was when I came home after a day of school.

Outside the world of fiction, the “What does he, or she, do?” question tends to be one of the first questions we ask whenever we encounter someone new. (This is Bob. He works in Accounting.) When we ask what a person does, we are asking to know what space that person occupies in the world and what lens he or she uses to look out upon it. We believe that knowing what someone does tells us who a person is and where that person fits into society; we often use knowledge of a person’s occupation to provide us a window into a person’s level of education and socioeconomic status.

A failure, then, to consider and include occupation or “work” in one’s story may lead to missed opportunities for conflict, character development, and dramatic action. More importantly, it precludes the chance to consider the ways in which work is nuanced by gender. It robs of us not only of the chance to ask the question “What does she do?” but also to ask questions whose answers have the power to reveal the cultural assumptions and gendered underpinnings of a given story. For the purposes of this blog essay, I am thinking specifically of gender, but it should be clear that this topic could be further opened to considerations of race, sexual orientation, religious affiliation, disability, and citizenship and should not be divorced from such considerations.

Once we make occupation integral to a story, we can ask: What is work and what is the value of work? Who is allowed to work? Whose work is respected? What are the ways in which certain groups have had their labor ignored, undervalued or proscribed? What are the ways in which gender and sex have affected occupational opportunities? How can considerations of the work that women do and the ways in which they have been allowed to work influence and/or infuse our fiction? These are not questions that are limited to women writers or readers, but to all readers and writers of literary fiction.

It’s especially important because of the sometimes skewed ways in which we tend to regard the phenomenon of work. As Americans, we place a high premium on “work,” with many of us believing that working hard is part and parcel to our national heritage, hence the phrase “Protestant work ethic.” We often tell a national story in which hard work— not genocide, slavery, forced concubinage, indentured servitude, tribal decimation, appropriation, ethnic cleansing, and warfare— is responsible for the country’s cultivation and prosperity. Many recite a narrative that says hard work and industry— not unfair monopolies, privilege, and laws which limited the rights of members of certain ethnic and racial groups to earn money, read, and own land and property—are the sole reasons that some have gotten ahead while others have not. Some posit that laziness rather than racism, prejudice, and various forms of nepotism are what have historically marginalized certain portions of our society. We value the work of some and ignore the valuable work of others and because many of these assumptions are prevalent, they often filter into our writing. Therefore, when we are thinking of the nuances of work and of ways to weave those nuances into our writing, we would be well served to recall the ways in which descriptors such as race and gender have especially been used as barriers to certain forms of work, whether that be using and not accounting for or rewarding the unpaid labor of women and people of color, or whether that be excluding women and people of color from specific disciplines, fields, and professions because of racism and sexism.

I once heard it said that a writer should know everything about his or her characters, right down to the type of toothpaste a character uses, for surely the woman who brushes with tartar control toothpaste is not the same as the man who uses baking soda. If we must know the minutest details of our characters’ ablutions, we can certainly interrogate what it is that they do and what obstacles they’ve faced in pursuit of their occupation. In fiction, we often speak of balancing a story’s internal and external conflict, so as not to create characters who are too passive or too devoid of interiority. Adding questions of gender and occupation to the mix allows us to think of structural conflicts as well.

In relation to the question of occupation, conflict may arise from the ways in which characters embody their professions, depending upon whether there is harmony and resonance between the occupations the characters have and the ways in which their lives play out, or if there is dissonance and disharmony. As we think of the characters whose jobs and occupations complement or complete them, we must also consider those whose jobs chafe or destroy them. What are the unspoken gendered expectations of your character’s job? Is she expected to bring baked goods to meetings while her male colleagues are not? Is her work attire commented on and policed in a way that her male colleagues are not? Does she have to bring sweaters and space heaters to her office, desk or cubicle because the building’s cooling system was set long ago for men who wear suits and has never been updated to take into account that women are a part of the workforce? Is she hit on by male bosses or colleagues, talked over in meetings, dubbed “bossy” when expressing her opinion, skipped over for raises or promotions because she took off time for her children, expected to do more committee work because she’s unmarried, or asked to make coffee and/or perform secretarial tasks despite her position? Are her career ambitions used as fodder for conflict in her interpersonal relationships outside of work? Do her family, friends, and lovers understand and champion her or do they undermine her? It is important for us to seriously consider what jobs we will give our characters and what these occupations say not only about the nature of a character’s class and educational background, but also about a character’s emotional and psychological state, and what battles have had to be fought.

The questions above are reminders that when we develop our stories, whether we are male or female, there is much of which we should be aware. Rather than writing our stories into a void, we would do well to remember the women who were paid less, and limited to jobs as librarians, stewardesses, secretaries, models, hairdressers, teachers and nurses, while being discouraged from pursuing courses and careers in engineering, mathematics, science, and medicine. We must remember that, prior to the passage of the Equal Pay Act in 1963 and the prohibition against sex discrimination in employment in 1964 American women were subjected to a judicial approach that determined their rights, opportunities and responsibilities based on their perceived role as members of a dependent class. We must acknowledge that marriage bars made it legal to bar the hiring and retention of married women and authorized the firing of single women who got married. We must not forget that until The Pregnancy Discrimination Act of 1978, women were forced to resign jobs and positions upon becoming pregnant.

Whether this information is brought front and center in our stories or provides the scaffolding that buttresses the story, arming ourselves with the knowledge of the ways in which gender inequities have affected occupational opportunities allows us writers to create richer stories that show the rises and falls, regressive and progressive marches of culture. Even if our characters are products of the present moment, they live and exist in a world that was shaped by the policies mentioned. We cannot, in good conscience, consider the question of work or occupation without taking gender into account. When we give our characters jobs, or work to do, we need to consider all of the ramifications of that work, not simply the nature of the tasks performed, but the ways and means in which the positions were obtained and the obstacles or deterrents faced and overcome. Beneath the surface of these struggles, there are wounds. Beneath the wounds, there are stories.

Amina Gautier is the author of three award-winning short story collections: The Loss of All Lost Things, which won the Elixir Press Award in Fiction, Now We Will Be Happy, which won the Prairie Schooner Book Prize, the USA Best Book Award in African American Fiction a Florida Authors and Publishers Association Award Gold Medal in Short Fiction, and was Long-listed for The Chautauqua Prize in Fiction, and At-Risk, which won the Flannery O’Connor Award for Short Fiction, and received an Eric Hoffer Legacy Award and a First Horizon Award. Gautier is a graduate of Stanford University and the University of Pennsylvania. She is currently a member of the MFA faculty at University of Miami and taught previously at the University of Pennsylvania, Marquette University, Saint Joseph’s University, and Washington University in St. Louis. A scholar of 19th Century American literature, Gautier’s critical work focuses on such nineteenth century American authors as Charles W. Chesnutt, Paul Laurence Dunbar, Elleanor Eldridge, Benjamin Franklin, Nathaniel Hawthorne, Harriet Beecher Stowe and Walt Whitman.