THE ENCHANTED casts a spell in spite of Death Row setting 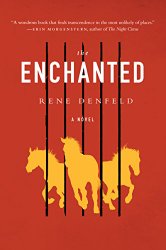 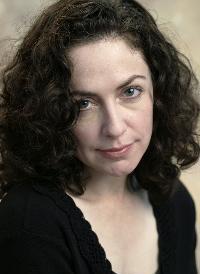 There are some subjects one would not imagine being interested in reading a novel about. A story concerning the residents of a rundown prison’s Death Row and those who work with them — the warden, a female legal investigator hired for death penalty cases, and a fallen priest — might seem to be just such a novel.

But there are also some novels that are so special that they transcend their subject matter by creating a reading experience that leaves an indelible impression on one’s heart and mind.

Rene Denfeld’s The Enchanted is just such a novel. It is one of those books for which a description or summary pales in comparison to the, well, enchantment experienced by reading it. The Enchanted is an absorbing and haunting meditation on finding beauty and peace amidst unrelenting violence and heartlessness, the nature of sin and salvation, and forms of love in the most unlikely of places.

In her first novel after three non-fiction works on widely varying subjects, Denfeld makes use of her background as an investigator hired by death penalty case attorneys in Oregon to research the lives of convicts in an effort to obtain a sentence of life in prison without parole. But The Enchanted is not a polemic about the death penalty or the criminal justice system. It is a story about people and the difficulty of their lives and the decisions they must make.

The Enchanted is narrated by an unnamed Death Row prisoner in the oldest prison in the state, a stone fortress in which the walls weep from the omnipresent Pacific Northwest moisture. Death Row is located in the dungeon-like basement, and the residents rarely see the sky, much less experience moments outside their windowless cells.

The prisoner, identified only in the last pages of the book, tells us, “The outside is too big and scary for me to think about anymore. The outside is one wild circus where people and ideas clash. I have been inside one locked room or another since I was nine. I am accustomed to it, buried inside rooms that are buried inside other rooms that are buried inside electric razor fences. The walls that might make others feel like they are suffocating have become my lungs.”

Yet he is well aware that his desire to remain on Death Row rather than among the general prison population separates him from the other residents of the Row. “No, the dream of the death row client is to escape execution for a life behind bars. They want to escape the dungeon into the rest of the prison. They want a visit from their mom that involves a touch. They want to stand in the sun, to play a game of ball, to eat at a table with other men, to see the sky and feel the wind. THose are their dreams, maybe small to others but huge to them. It is a modest dream, in a sense, and yet one that is amazingly hard to achieve for a man on death row.”

The investigator, known only as “the lady,” is working on the case of another prisoner named York, whose crimes are of such an inhuman nature that they are not even mentioned by the narrator — who admits that his own crimes are so heinous that they too should never again be spoken of.

“There are some things I can never discuss. One is the bad thing I did after I was released from the mental hospital when I was eighteen. I wouldn’t want the idea of this thing to be in the world. Ideas are powerful things; we should take more care with them….You can get a taste of an idea inside you, and the next thing you know, it won’t leave. Until you do something about it. As soulless as I am, I do not want others to do what I have done. Some ideas need to stay silent inside me, like the letters inside some words.”

The priest is a broken man who has violated his vows and has come to the prison as both a last stop and a chance at some form of salvation.

The warden is a good man doing a difficult job about which he has no qualms; some people’s crimes justify the punishment of death, but he takes no pleasure or satisfaction in seeing it carried out. He carries a personal burden that reminds him of the value of life and inescapable sadness of death.

The plot has several strands, all of which Denfeld has woven together seamlessly. We follow the lady’s investigation into York’s childhood, one of unimaginable abuse, which provides context for the monster he became. Denfeld reminds us that even monsters, whether Grendel or York, were once like us, that monsters are made, not born, and that others are also culpable for their eventual brutality. This is not to excuse their crimes, but only to explain and understand them — and perhaps prevent others from occurring.

We learn about the lady’s own past, which bears surprising similarities to that of York and explains the motivation behind her work. We explore the incident that led the priest to his current circumstances. And the narrator reveals his own heart-rending story in bits and pieces.

Part of the magic of The Enchanted is that, despite the difficult subject matter, it is filled with moments of beauty, insight, and compassion. The gift of this novel is that it finds inspiration and promise among the broken lives and hearts of those who live and work in the prison.

In particular, Denfeld’s writing glows with a spiritual impulse that often produces sentences and even paragraphs of sublime beauty. Although her background is in non-fiction, Denfeld writes with the power and persuasion of a poet on fire with the joys that can be found in both life and language.

At one point the prisoner/narrator reacts to the language of the guards. “I retreat from my bars, wondering why people who live outside choose such ugly words. Maybe that is what happens when you are outside, and the world clangs and barrels and shouts twenty-four hours a day, from your radio your television your wife your neighbor the lawn mower down the street and the scream of airplanes from the sky. Maybe then you use ugly words to tell life to shut up.”

It is an irony common to much of the greatest literature that one can write about inconceivably dark, painful subjects with one’s heart, soul, and mind open to the beauty and satisfaction that can sometimes be found in such circumstances. As tragedies from Shakespeare to Arthur Miller show, one can experience catharsis and be ennobled from reading about a flawed and deeply human character’s life and their experience of death.

Don’t allow the subject matter of The Enchanted to deter you from reading it. It will cast its spell on you and leave you both moved and deeply philosophical. You won’t soon forget the people you will encounter in these pages.