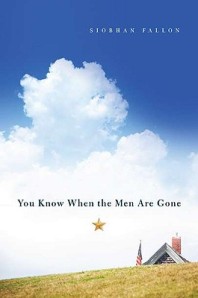 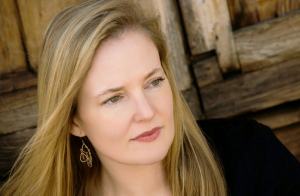 You Know When the Men Are Gone

Although several novels and story collections have been written about the wars in Iraq and Afghanistan in the last three years, Siobhan Fallon’s 2011 collection, You Know When the Men Are Gone, stands out. It is the only book that focuses on those left behind to wait at home: the wives, children, family members, and friends. Fallon, who is married to an Army officer, lived on the army base at Fort Hood, Texas while her husband served two tours of duty in Iraq. She became fascinated with the lives of the women on the base and the culture of coping created by those in the “rear detachment.” The eight interconnected stories here offer readers some insight into the many challenges faced by civilians who have married into the military life.  This is a world that receives little attention and about which we civilians know next to nothing. It is the invisible home front of the “war on terror.”

Fallon focuses her attention on wives who are adjusting to life as a single parent; they are trying to get on with their lives despite their loneliness and anxiety about their spouses in the Middle East, the burdens of child-rearing, worries about family finances (always tight), and frequent moves to new bases in strange places. Her personal experiences inform these powerful stories with a realism that makes them feel almost like non-fiction. We meet a strange and struggling war bride from Serbia (the opening title story), a mother struggling with both cancer and a sullen and rebellious teenage daughter (“Remission”), a young wife who fears her husband is having an affair with a female soldier while in Iraq (“Inside the Break”), another wife who wants out of the military life despite the recent return of her seriously wounded husband (“The Last Stand”), and a spouse trying to make sense of her husband’s horrific death in a fire-bombed Humvee (“Gold Star”). Through their circumstances and reactions, we begin to get some idea of what the hidden side of war is like.

The collection is balanced by three stories about the soldiers themselves and the impact their war experiences have when they return home. “Camp Liberty” follows Sergeant David Mogeson in Iraq, as he looks forward to the last few months of his commitment. He is on track to marry his girlfriend, Marissa, but something is amiss. His squad is assigned a new Iraqi interpreter, Raneen, for whom he slowly develops strong feelings. Circumstances beyond his control will determine which woman he will make his life with.

In “The Last Stand,” Sergeant Kit Murphy tries to put his life back on solid footing when he returns to Fort Hood with a serious injury. He soon learns that, while his physical condition is a problem he can solve (or at least adapt to), his personal situation may be out of his hands.

“Leave” is a thriller in which Chief Warrant Officer Nick Cash comes home without telling anyone, intending to surprise his wife. But all is not sweetness and light. He has planned to break into his own house in the middle of the night to conduct surveillance on his wife Trish, whom he is certain has been having an affair while he was overseas. He has brought all his wartime knowledge and skills home to Fort Hood, where he will put them to devastating use.

Fallon’s stories are so readable because she perfectly balances her character studies with compelling plots. She knows these characters intimately and, as a result, so do we. We experience their fears, their accomplishments, their dreams, and their heartbreak. Her observational skills are both journalistic (objective, documentary-like) and sympathetic. On the first page of the collection, she describes how “you know when the men are gone.”

“No more boots stomping above, no more football games turned up too high, and, best of all, no more front doors slamming before dawn as they trudge out for their early formation, sneakers on metal stairs, cars starting, shouts to the windows above to thrown down their gloves on cold desert mornings. Babies still cry, telephones ring, Saturday morning cartoons screech, but without the men, there is a sense of muted silence, a sense of muted life.”

In the title story, Meg wants “to worry about ordinary things like whether her husband forgot his lunch or got a bonus, not that he might get shot or that he’d be crossing a street in Baghdad and never get to the other side. She carried her worry night and day. It pulled at her legs and shoulders and tear ducts, always there and ready to consume her, because how could anyone think rationally about a spouse in a war zone?”

In “The Last Stand,” Sgt. Murphy’s wife, Helena, who has lived off base, surprises him upon his return with a change of heart. He thinks she has fallen in love with someone else in his absence. But she assures him there is no one else.

“Remember how good we had it?” he asked.

“Good?” She spun toward him, her hands on her hips. “You were always training late at the range and working weekends. Our apartment smelled like vomit and paint thinner from the last tenants. The neighbors had slasher films blasting all night. I was afraid to go outside by myself.”

“Inside the Break” explores the metaphor of the title. Kailani is a Hawaiian girl who wants to return home when her husband Manny comes back. Her internal struggles with jealousy, fear, and homesickness combine to make her feel as if she is “inside the break,” tumbling under the ocean like a surfer who has been thrown off her board by a powerful wave. “It had happened to Kailani often enough, each wave crashing on top of her just when she thought she’d made it out and could take a deep breath. Instead she would get all turned around, not knowing which way was up, and swim down toward the sand, choking, or come up just to get pummeled again. She knew she had to keep her cool, keep trying to paddle until she made it to the other side, surfacing in the undulating waters just beyond the point where the waves were set loose and wild upon the shore.” This is muscular but elegant writing.

In an interesting coincidence, one scene from “Inside the Break” depicts an anxious wife ending her phone conversation with her husband in Iraq by whispering, “Be safe. I love you.” This universal expression of fear and love is the title of Cara Hoffman’s excellent new Iraq war novel. (See review here: http://wp.me/p3EtWm-aq.)