THE GOLEM AND THE JINNI casts a magical spell 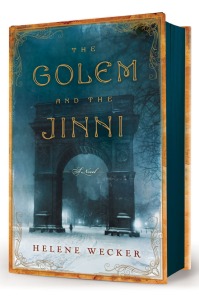 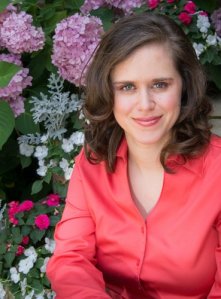 The Golem and the Jinni

There are some books you struggle with but respect and even admire for the challenge and rewards they present. Some books you simply enjoy because they’re fast, fun reads. And then there are the books you love, both while you’re reading them and when you’re finished. They cast a spell on you, transport you to another time and place, and introduce you to characters and situations you would otherwise never experience. Helene Wecker’s The Golem and the Jinni is just that sort of book. I loved every minute of it and didn’t want it to end. I wish I were reading it right now, rather than writing about it. It was a completely satisfying read.

The Golem and the Jinni tells the story of the two supernatural creatures of the title who find themselves not in Danzig, Germany and the Syrian desert where they were created but in 1899 New York City. Chava is a golem, a creature made of clay by an elderly and mysterious man who lives in the forest; her master is a single man heading to a new life in America. The jinni ends up in New York City when he is accidentally released after spending what seems like an eternity in an old copper flask, where he was imprisoned by a rival Bedouin wizard.

This description makes the book sound like more of a pure fantasy than it is. It is actually a compelling drama about the universal immigrant experience; who, after all, could better fulfill the role of “the Other” than these two creatures from the Old World who find themselves in a place they have never heard of and could never have imagined? The Golem and the Jinni has a palpable sense of place, capturing fin-de-siecle Manhattan in all its sordid glory, from the tenements, shops, and dance halls of the immigrant neighborhoods of the Bowery in Lower Manhattan to Central Park and the gaslamp-lit streets and mansions of the Upper East Side. The Golem and the Jinni combines well-researched and vividly portrayed historical fiction with a mystery-suspense plot and even something of a love story. Instead of becoming a meal with too many ingredients, it results in a surprisingly delightful dish.

In the early going, Chava and Ahmad are unaware of each other’s existence in the city. Chava is living with recently retired Rabbi Meyer, while Ahmad works for a Syrian tinsmith in their respective ethnic communities. Their days are taken up with adapting to their new lives in this unfamiliar and inexplicable place, while ensuring that their true natures remain a secret. Only the rabbi and tinsmith know the truth.

Of course, as the title makes obvious, they meet through a surprising but plausible series of events. Is it love at first sight? Far from it. This is not that kind of simplistic novel. They are different types of creatures from different places, cultures, and times. The golem is made of earth, while the jinni is made of fire. They are opposites thrown together into a circumstance beyond their comprehension who sense that they must cooperate in order to survive. One of the sublime pleasures of reading The Golem and the Jinni is watching these two wary forces of nature-turned-living beings develop a relationship born of necessity. They will be forced to combine their opposing natures in order to defeat an unexpected and supremely malevolent threat to their lives and the lives of those around them.

The other particularly satisfying aspect of The Golem and the Jinni is how richly peopled it is with subplots and supporting characters. There is a lot going on in the nearly 500 pages of well-crafted story. Will the rabbi’s atheist nephew Michael Levy, who runs the Sheltering House for newly arrived  Jewish immigrants, find his way back to God and the faith of his fathers? Will his love for a young immigrant woman be requited? Will Saleh, “the ice cream man” of Little Syria, be cured of his tragic and seemingly incurable vision problem? Will Maryam Faddoul, the beloved but shrewd owner of the neighborhood coffeehouse, be able to help Saleh, as well as the Syrian Catholic tinsmith, Boutrous Arbeely, and his new assistant Ahmad overcome various obstacles? Will wealthy socialite Sophie Winston marry to maintain her social status rather than follow her heart into truly uncharted territory? Who is Joseph Schall and who or what is he searching for so desperately? And what do all these people and problems have to do with the golem and the jinni?

Helene Wecker weaves her cleverly plotted tapestry with a sure and steady hand, just as Chava flawlessly prepares pastries at Radzin’s Bakery and Ahmad masterfully works with metals in the back of Arbeely’s tiny shop. What stands out in reading The Golem and the Jinni is how confident and competent a storyteller Wecker is in her debut novel. She spent several years writing and rewriting the novel (see accompanying interview), and her dedication to getting this magical story just right has paid off in a wonderful novel.

The Golem and the Jinni will make you consider what it means to be human, how one becomes an American while retaining the core of one’s heritage, and how interconnected people’s lives are. You will become so fond of Chava and Ahmad that you will be reluctant to bid them farewell when you reach the last page of The Golem and the Jinni.