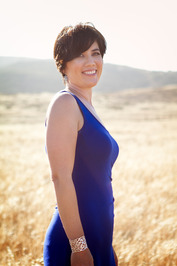 After I sold my first book, How to Be an American Housewife, an assistant at my literary agency expressed hope that the publisher wouldn’t change me too much.

“Your characters are kind of gritty,” he said. “Not like typical women’s fiction.”

Gritty? This came as a surprise. But then again, it was also a surprise that anything I wrote was “women’s fiction.” When I wrote my book, I did not think of it as being in any category. I simply wrote the story I wanted to write, which happened to have female characters—because it was a mother-daughter story.

But then I found out that my novels are categorized as women’s fiction, generally understood to have a heroine who has some kind of emotional journey where she saves herself from a high-stakes problem, with possibly a bit of romance thrown in for interest. In addition, my books tend to focus on family drama and themes about cultural identity—not terribly different than novels categorized as “fiction” except that the main characters are female.

I don’t mind wearing the women’s fiction badge. Though some writers view the term “women’s fiction” as a pejorative or a way to make women’s writing lesser than a man’s (the equivalent of a man in a tweed jacket smoking a pipe and patting you on the head and saying, “Good for you. Keep on amusing yourself with your cute little women’s fiction.”)

I’ve also found out that all these categories are useful and necessary for bookstores and librarians, so people who want this specific kind of book will know where to find it. After all, my dear father-in-law, who loves thrillers where there’s lot of action and little thinking, wouldn’t want to stumble into a women’s fiction novel by accident. Nor would I want to read most of his favorites.

So I’ve embraced the category. Yet though I’m “women’s fiction,” my fingers seem to be physically incapable of typing out descriptions of non-difficult women. And I’d like to think I’m getting better at it. I make my characters to start out in a low place of struggle, so they have room to soar by the end. I like a nice dose of redemption in my writing.  Kirkus Reviews praised my most recent novel, Sisters of Heart and Snow, for this very reason. “In this enjoyable novel, imperfect and at times unlikable women become lovable,” it says. https://www.kirkusreviews.com/book-reviews/margaret-dilloway/sisters-of-heart-and-snow/

However, this whole concept of “difficult” women still puzzles me. Sometimes, the word “difficult”  is a code word for “bitchy.” Someone you don’t want to deal with.

To me, to be “difficult” means to be human—imperfect, struggling with baggage from the past, responsibilities, aging, expectations, dreams.

In real life, every woman I know would be classified as “difficult” the way my characters are. The women I know are fierce and mercurial. Everyone’s got some kind of problem they’re trying to overcome. They complain and they struggle even while they love. And women mess up their lives just as forcefully and thoroughly as men ever have, thank you very much.

Male characters, on the other hand, are hardly ever tagged as “difficult.” Male characters have way more leeway when it comes to the sympathies of the reader. Take the wonderfully comic novel This is Where I Leave You by Jonathan Tropper. It concerns a man who struggles with the end of his marriage. The discovery of his wife having an affair effectively paralyzes him, until he must return home to face his three siblings after his father dies. Judd is a passive figure at the beginning, sometimes doing unlikable things. Sometimes repugnant things happen to him (spoiler) such as when his sister-in-law, in a desperate struggle to get pregnant, climbs on top of Judd while he’s in bed and, at least in part due to his passivity, takes advantage of him (that scene happened differently in the movie than it did in the book). Kirkus Reviews praised the author for his “poignant depictions of damaged men befuddled by the women they love.” If Judd had been a female character, she’d probably be called “imperfect and at times unlikable.”

Or maybe it’s all just me. Maybe I’m missing the writing gene that makes my characters automatically lovable even while they’re flawed. Maybe my true calling is really writing villains.